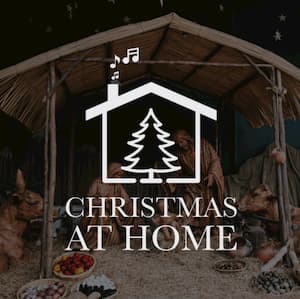 For many around the world, choral music and Christmas go hand in hand, the sounds of choirs reverberating around magnificent churches where audiences flock to soak up the festive spirit. What, then, to do if pandemic restrictions put a halt to these gatherings?

Founded in incredibly quick response to the coronavirus pandemic in April, the Self-Isolation Choir formed to keep singing alive during the lockdowns people were facing worldwide. The debut concert was Handel’s Messiah, dialling in over 3000 singers from around the globe, and currently singers can sign up for courses and performances including Elijah, the St. John Passion and – of course – ‘Christmas at Home’.

I spoke to Mark Strachan, the choir’s Founder, about what the choir means for him and the singers who take part. ‘What has been quite surprising for me and even the singers are the enjoyment, the happiness, the friendship and fellowship people get from it,’ says Mark. ‘You might think that singing from home is a very solitary experience, but for a lot of people it’s amazing.’

Most recently the choir gave a performance of the last movement of Mahler’s Second Symphony in collaboration with Orchestra for the Earth, featuring over 600 singers, and ‘Christmas at Home’ looks set to be a similar extravaganza. 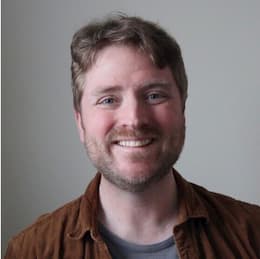 In a similar vein to the choir’s other projects, singers will record their parts from their own homes, with the help of coaching videos made by Ben England, the choir’s Musical Director. These recordings will be stitched together to create a broadcasted final performance, which the members of the choir can then sing along to again, in real time with the full ensemble.

The format of the evening will be the ‘nine lessons and carols’, mirroring the experience of attending a traditional carol service. The event will begin with children from all over the world singing the first verse of Once in Royal David’s City together, and the evening will feature much-loved carols, popular readings, and a premiere of a new carol commissioned for the event – Still, Still The Night by Patrick Hawes – to bring a real Christmas experience into listener’s homes.

Mark has had a passion for music all his life, ‘whether that be Led Zeppelin, Frank Sinatra, Pink Floyd, the Manhattan Transfer, Mozart, Mahler, it makes no difference. If it’s great music, it’s great music,’ and ‘Christmas at Home’ will offer listeners a sense of shared connection through this great music.

For Mark, the Self-Isolation Choir has a real potential to hold its place in the musical landscape, even long after the pandemic ends. Speaking of a pre-Covid choral society, he mentions that ‘when the concert is over, that’s it, the choir has done their job. They think, ‘Now what?’ They go and see their friends, they say congratulations, and then the following day it’s all finished. One difference with us is that the choir, having done the performance, can wander into the nave of the church, sit down and listen to themselves again. They’re in the position of singing it, but also listening to themselves singing it, which is really fun.’ 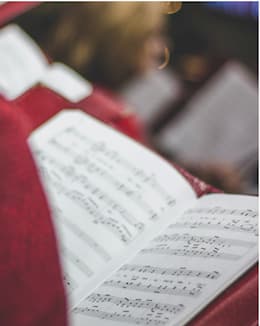 How will this sit alongside the old way of singing once things go back to normal?

‘When Led Zeppelin’s Stairway to Heaven was released in 1972, it was on a 33⅓ vinyl record, and then it went out on a cassette, then a CD, now it’s on Spotify – but the music is exactly the same,’ says Mark. ‘When Vivaldi wrote his Gloria, the players would have played it and the music will be very similar if someone played it today. So the music hasn’t changed, but the way it’s delivered has changed beyond all recognition.

‘I think we’re at a tipping point for choirs – traditionally choirs have got together in one room and they’ve sung together, and they go along to a performance, an audience claps and then everyone goes home. […] I think, having done this for six months, that we have a new way of learning great music, which will never replace (and should never replace), but live alongside the traditional model.’

Catch up on all the Choir’s activities, and see their performance of ‘Christmas at Home’ on Sunday 20 December 17:00 (UK time) on their website.