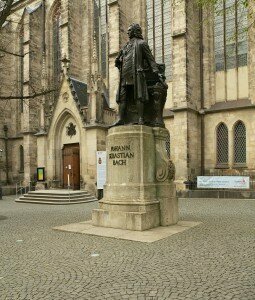 It never fails to amaze that Johann Sebastian Bach was practically unknown during his early days. It took almost a year of negotiation, and the refusal of Georg Friedrich Telemann and Christoph Graupner, before the Kantor position at St. Thomas in Leipzig was offered to him. Finally, on 13 May 1723, the Bach family settled in the house provided by the city of Leipzig. Yet from the very beginning, he had a rather uneasy relationship with civic and church authorities, who severely cautioned him against making his compositions too theatrical. Yet, many of Bach’s famous music were composed during his years in Leipzig, including the two-hour long St. John Passion! 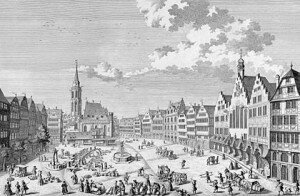 “In order to preserve the good order in the Churches,” Counsel Dr. Steger wrote, “so arrange the music that it shall not last too long, and shall be of such a nature as not to make an operatic impression, but rather incite the listeners to devotion.” Bach readily ignored all instructions, and produced an impressive number of cantatas during his first year on the job. However, the Passion, according to John, probably first heard on 7 April 1724, represents a special case. 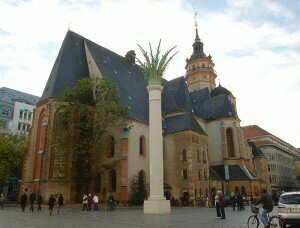 St. Nicholas Church in Leipzig, where the St. John Passion was performed

For starters, we really don’t know if Bach wrote the St. John Passion during his first year in Leipzig. Some scholars suggest that it was actually first performed in April 1723 as part of a possible entrance exam for the Leipzig position. Others believe that some version of the work was first heard during Bach’s visit to Gotha in 1717, while others insist that it was first sounded in Saint Nicholas church on Good Friday, 7 April 1724. 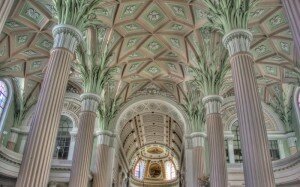 But there is more! The work was performed at least four times during Bach’s lifetime, and for each new presentation Bach substantially modified the work. Today we are left with four different Passions according to John, and performers and editors happily pick and choose from amongst the riches. And if you think that the work history is somehow confusing, you should try reading through the discussions and arguments concerning the historically intended way of performing the St. John Passion!