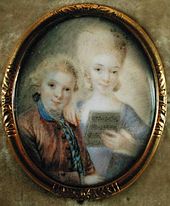 The off-Broadway solo play “The Other Mozart” has been traveling the globe asking the question whether Maria Anna Mozart was the real genius in the family. To be sure, Maria Anna Walpurga Ignatia Mozart, commonly known under her nickname “Nannerl,” was a prodigious musical talent. And there can be no doubt that her famous brother Wolfgang Amadeus Mozart overshadowed her exceptional talent. Her father, violin expert Leopold Mozart, proudly reports, “My little girl plays the most difficult works which we have with incredible precision and so excellently. What it all amounts to is this, that my little girl, although she is only 12 years old, is one of the most skillful players in Europe.”

The musical pressed hailed her as “a musical prodigy,” and “a singular genius,” but by 1769 Nannerl could no longer be sold as a child prodigy, and her performing career ended. Since Maria Anna had reached marriageable age, she no longer traveled with her father and brother.

Contrary to Wolfgang Amadeus, Maria Anna remained entirely subordinate to her father. When she fell in love with Franz d’Ippold, her father forced her to break off the relationship and pushed her into a marriage with a bland magistrate, who was twice a widower. He brought along five children from his previous marriages, and they had a further three children together. As might well be expected, that didn’t leave a lot of time for musical activities. Wolfgang would continue to correspond with his sister on a variety of topics, including music. And we do know that Nannerl dabbled in composition, as her brother Wolfgang writes from Rome in 1770, “My dear sister! I am in awe that you can compose so well, in a word, the song you wrote is beautiful.” Sadly, none of her compositions have survived, however, and there is much debate on how much credit Maria Anna might deserve for the first symphonies and 4-hand keyboard sonatas published under her brother’s name. At the time of composition, Wolfie could not yet read or notate music, so it is clear that Nannerl helped him to write down the music. As such, there might be substantial bits by Nannerl and by Leopold in these compositions! And if you listen very carefully, the second movement of Wolfgang’s first symphony sounds the four-note motif that famously appears in the finale of his Jupiter Symphony. Could it have been Maria Anna’s musical idea from the very beginning? 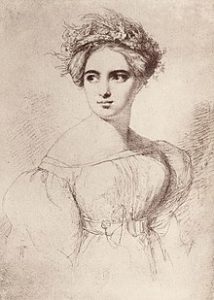 Fanny Mendelssohn Hensel was never really forgotten, but it seems fair to say that her exceptional musical genius was severely stifled by societal norms and also by her family. She was four years older than Felix, and her virtuosity on the piano equaled, if not surpassed, that of her brother. Both started composing at an early age, and Fanny wrote well over five hundred compositions. However, few of her work were published and many more destroyed. According to a contemporary critic, “Felix wrote technically superior compositions, but Fanny’s expressiveness was unmatched.” Nevertheless, her father Abraham wrote to Fanny in a letter of 1820, “While music will perhaps become Felix’s profession, for you it can and must only be an ornament, never the basis of your being and doing.” And upon her marriage to the painter Wilhelm Hensel, she eventually settled into her expected domestic role. However, she remained her brother’s main critic. Felix dutifully submitted his works to his big sister, and he never hesitated in modifying or deleting material that she found questionable. Yet Felix was convinced that “publishing her music would only disturb her in her primary duties of managing her house.” As such, Felix went ahead and issued a number of his sister’s settings under his name. And when an unknown manuscript was discovered signed F. Mendelssohn in 1970 it was quickly attributed to Felix. Not so fast—it actually turned out to be by Fanny! 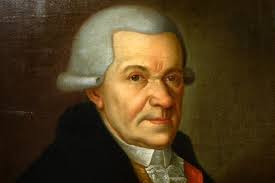 As we have seen with both Maria Anna Mozart and Fanny Mendelssohn, older sisters of equal or greater talent had to take a backseat to their younger brothers. But it’s not always a question of age or of gender. Take the case of Franz Joseph and Johann Michael Haydn, for example. Michael Haydn was five years younger than his brother Franz Joseph, and he went to Vienna at the age of eight to pursue a musical career. He actually paved the way for his brother to join him as a boy soprano at St. Stephen’s Cathedral in Vienna. Their teachers indicated that Michael was the brighter student, and that his singing was more admired. Michael eventually was appointed concertmaster at Salzburg, a position he held for 44 years. Wolfgang Amadeus Mozart held his compositions in high esteem, and he taught the young Carl Maria von Weber and Anton Diabelli. Michael and Joseph remained close, and Joseph had a high regard for his brother’s music, suggesting that Michael’s religious works were superior to his own. But of course, it was his brother Joseph who went on to become the most famous European composer in the mid-1780s. And a good deal of music was published under the name of Joseph Haydn, which eventually turned out to have been composed by Michael.