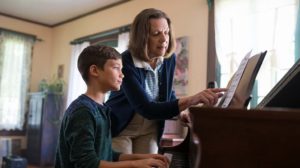 We are very lucky as pianists/piano teachers to have such a wide repertoire, and one which is constantly being expanded as composers continue to write for the piano – which is why I find it rather disconcerting when new anthologies of piano music are released purporting to offer “variety” when in fact they merely present a narrow corner of the core canon. In such cases, you can almost guarantee these volumes will include depressingly standard fare, from Bach’s C major Prelude from the WTC to Brahms’ A major Intermezzo op. 118 No. 2. Undoubtedly wonderful music, challenging and enjoyable to play, but pieces that can be found in any anthology of “the greatest” or “the best” piano music. Such volumes rarely include music written after 1945 or music by female or BAME composers.

In my teaching – and indeed in my own playing – I have always sought a broader range of repertoire. Too often, students of all ages approach classical music with the misconception that it was all written by dead white men in periwigs, and, as a teacher, I believe one has a responsibility to encourage students to explore the wilder shores of the repertoire, debunking that tired old trope and demonstrating to students that the repertoire is wonderfully varied and diverse. Publishers of music anthologies and exam syllabuses also have a responsibility to offer a broad range of music, reflecting the diversity of the pianist’s repertoire – and the diversity of those who wrote, and write, for the instrument. It really isn’t that hard to include a selection of music by women composers, for example – Clara Schumann, Lili Boulanger, Mel Bonis and Meredith Monk, to name a mere handful. 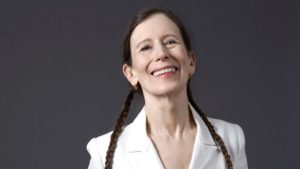 There are practical reasons too for doing this, which transcend “inclusion”, diversity or gender identity politics. As teachers, we want to encourage our students, whatever their age, to keep playing the piano – and to enjoy playing it. When I was having lessons as a child in the 1970s I recall being quite bored in my lessons a lot of the time – bored with the pieces, which seemed dull, unimaginative and pretty much the same from one anthology to another, one grade syllabus to the next. When I started teaching in 2006, I decided no student would be bored by the music they were learning and playing. Boredom is a terrible enemy to enjoyment and, more importantly, motivation; a student who is bored with their repertoire will be less motivated to practice it.

Teenagers in particular often enjoy minimalist, crossover and jazz-inspired music, and this is an age group which needs more encouragement to keep playing. We need to be able to offer these students music which they will find interesting to learn and enjoy playing. Adult learners, especially early and intermediate level players, don’t necessarily want to play the ‘children’s music’ which tends to form the bulk of repertoire in the early grades syllabuses, and may be less motivated by the classical canon but love more contemporary music, including good pianistic arrangements of popular songs and musicals, and film scores. Arrangements of music from other cultures such as Klezmer or Indian ragas also offer interesting repertoire choices.

Many teachers use the exam syllabuses to create a teaching framework and therefore the exam boards and music publishers have a responsibility to offer a broad selection of repertoire, enabling teachers to introduce their students to a wider range of musical styles and genres that really appeal to a modern audience.