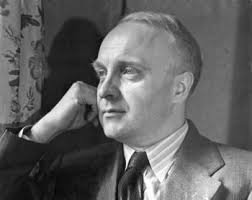 After initial work with his father, he studied at the Paris Conservatoire, taking a first prize in 1913, giving his first recital in 1917, and taking the Diémer Prize in 1920. He worked closely with Maurice Ravel, recording many of his works on piano roll or on record. As a soloist, Casadesus toured widely and also performed with his wife, pianist Gaby.

Ravel: Piano Concerto for the Left Hand (Robert Casadesus, piano; Vienna Symphony Orchestra; Sergiu Celibidache, cond.)
After 1935, Casadesus taught at the American Conservatory in Fontainebleau and then during the war, went to America and lived in Princeton, New Jersey. The physicist and amateur violinist Albert Einstein, was a neighbour and they were known to have played Mozart together at home.

In 1940, the Casadesuses moved to Newport, Rhode Island, to found the Fontainebleau School in the US. He returned to France in 1946 to become director of the American Conservatory at Fontainebleau and continued teaching, recording, and composing until his death in 1972.

He was known for his Mozart recordings, which fit his delicate touch and French sensibility. Listen, for example to his entrance at 06:05 and the arpeggios at 06:38.

He recorded the entire set of Beethoven violin sonatas with Zino Francescatti.
One classical performance that carried his fame into many people’s homes was the film that was made of their performance of the Kreutzer Sonata by Beethoven.

For many people, Casadesus was the model of the modern French pianist. His repertoire stretched from Bach to Messiaen. His own compositions were not only for the piano but also included full symphonies, the last of which was given its premiere after Casadesus’ death. Entitled “Israel,” it was dedicated to Casadesus’s frequent collaborator George Szell and is a very modern work for 4 SATB soloists, children’s and adult choirs, and orchestra.