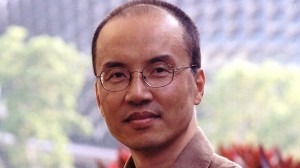 Olivier Messiaen was long retired when he was introduced to a young Chinese composition student. Chen Qigang was born in Shanghai and raised by a family of artists. He began his musical studies at a very early age and was quickly accepted at the Central Conservatory of Music in Beijing. However, with his parents classified as “anti-revolutionary bourgeois,” Chen was forced into ideological reeducation during the times of the Cultural Revolution. Basically, that meant 3 years of hard labor in the fields while listening to the speeches of Chairman Mao for 24 hours a day. However, Chen persisted in his passion for music, and in spite of social pressure and political harassment, continued to pursue his training in composition.

In 1977, Chen beat out 2000 applicants and was one of only 26 candidates to be accepted into the composition class at the Beijing Central Conservatory. After five years of studies with Luo Zhongrong, he won the national composition competition. As such, he was the single student in his field of composition to be authorized to go abroad and pursue graduate studies. Messiaen did not need much convincing and accepted Chen because he recognized a great potential. “Endowed with exceptional intelligence, and an excellent internal ear,” he writes, “Chen has very quickly assimilated European music and all contemporary music.” 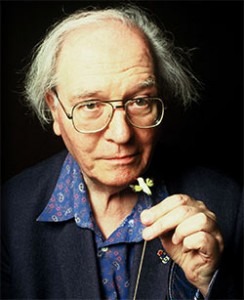 Chen wrote, “Messiaen was the first person who encouraged me to compose truthfully and find myself. Gradually, I discovered that as a Chinese person, my own traditional music is full of character and completely different from anything in Western culture.“
And it was Messiaen’s encouragement that decidedly contributed to Chen finding his own unique voice. Messiaen proudly suggested, “Chen’s compositions display real inventiveness, very great talent and a total assimilation of Chinese thinking to European musical concepts.”