Artists Interviews
“Do that which can only be done by you” Johnnie Douglas-Pennant, Paul K Joyce, and Celestial
by Oliver Pashley August 14th, 2017 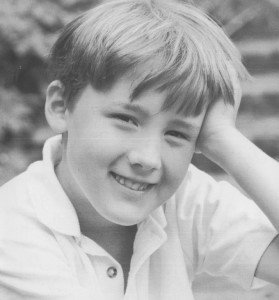 The sky it carries wonderful things
Like the stars and the sun.
It makes a place for the birds to fly free.
And a place for us to gaze up at.
I don’t know what we would have
Done without the sky

These are the words of seven-year-old Johnnie Douglas-Pennant, a simple but affecting account of nature, a child’s response to the world around us. For a child with dyspraxia, creative writing helped Johnnie to express himself, and left us with, in the words of composer Paul K Joyce, ‘an outpouring of writing.’ The poems were published by Johnnie Douglas Pennant’s family following Johnnie’s tragic death in the year 2004, in a drowning accident when Johnnie was aged just 17. Paul heard the poems for the first time on the radio in 2007, and from this, the Celestial project was born.

Celestial is nearing the end of a Kickstarter campaign to raise money for a professional orchestral recording of songs set to music by Paul, using the text of ten of Johnnie Douglas-Pennant’s poems. In the words of the Kickstarter page, the project aims to ‘bring Johnnie Douglas-Pennant’s wonderful poems to as wide an audience as possible and hopefully in the process, further our understanding of Dyslexia and Dyspraxia.’

‘It’s funny the things that strike you,’ says Paul. ‘The poems do mean a lot to me. I’ve read these poems over the years and adults have marvelled at them. Other people have found the poems too childish, whereas I find joy and wonder. Perhaps I’m just more in touch with my inner child!

‘There’s an element to becoming an adult that you must put aside these childish things, and I question whether we should lose these things. In general, people get on better as children, and then they learn to disagree.

‘You can sit on a bus, say, and a little kid will lean forward, breaking all the rules, and say, ‘Mummy, why has that man got bushy eyebrows?’ Kids say exactly what they think and feel, and that’s why I love these poems. He looked at the sky, and said what many grown ups feel but are too scared to say, because it might sound silly.’

A big feature of Celestial is that Paul is inviting people to join his ‘global choir’, where they can record themselves singing on a phone, send in the recording and have it merged into the finished product. ‘Anyone can contribute their voice to it – they can be part of a professional recording.’

Paul has had collaborative input from actor Michael Sheen, who has recorded spoken versions of the ten poems intended for the recording, and Chris Watson, a sound recordist providing expansive soundscapes. This is not all; violinist Jonathan Hill has offered his skills as a multi-tracking string player, offering layers of violins, violas and contraviolas, and Steve Howe, guitarist with legendary rock band Yes has also been involved with the creation of the songs. 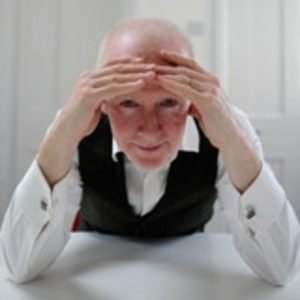 ‘People from all over the world have supported the campaign, I’ve really enjoyed doing it. People have come with amazing things,’ Paul says, remarking not only on the involvement of Sheen, Watson, Hill, and Howe, but of the people that have donated thus far to the project.

Hearing Paul read some more of the poems to me helps me to understand the simple wonder contained within their verses. While many may see the poems as unsophisticated, there is a lot to be said for the purity of a child’s expression in a world that is becoming ever harder to understand.

‘Do that which can only be done by you,’ says Paul. ‘I’m wary about asking people for money, but actually I’ve enjoyed reaching out to people. I know it sounds a bit hackneyed, but it’s true, and it’s worked.’

The Kickstarter has one day left. To support it, find the link here.