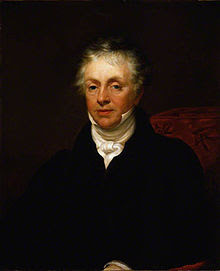 Teaching was part of Mozart’s life-style, and we have reports that it was not uncommon for him to offer instruction while playing billiards or at the bowling alley.

Vocal and instrumental instruction was not treated as an isolated phenomenon but in conjunction with training in theory and composition. And as Mozart wrote in a letter to his mother on 7 February 1778, “Piano lessons I leave to people who cannot do anything but play the piano, I am a composer.” Mozart did have a number of keyboard students during his time in Mannheim, but the majority of his didactic activity was confined to the last decade of his life. “I have three pupils now,” he writes to his father in January 1782, “which earns me eighteen ducats a month.”

In the summer of 1785, a young English composer by the name of Thomas Attwood applied to Mozart for instruction. Attwood had gone to the continent on a stipend from the Prince of Wales, who had been impressed by his skill at the harpsichord. After spending two years in Naples, Attwood made his way to Vienna, and extended his studies with Mozart over the better part of two years. Attwood quickly joined the circle of Mozart’s close friends, and he was essentially considered a junior colleague rather than a mere student. Nevertheless, Mozart took him back to basic exercises, and much of this teacher/student relationship is detailed in two surviving notebooks. Mozart began his instruction with two-part exercises in species counterpoint based on the famous treatise by Johann Joseph Fux. These exercises extend over more than 100 pages, and such devotion to strict counterpoint had a profound influence on teacher and student. Samuel Wesley once remarked, “Mr. Thomas Attwood, who studied in Germany under Mozart, related to me many years ago an anecdote of his, which frequently recurs to memory. Being naturally anxious to make a rapid progress under such a master and such a genius, he soon observed to Mozart, “Sir, I am extremely desirous to produce a good fugue from your instructions” — to which Mozart replied, “Do not be too much in a hurry — study plain counterpoint for about twelve months, and then it will be quite time enough to talk about fugues.”

On his return to London in 1787, Attwood held an appointment as a chamber musician to the Prince of Wales, and in 1796 he was appointed organist of St. Paul’s Cathedral. As expected, Attwood’s compositions clearly show the influence of his teacher but none of Mozart’s genius!