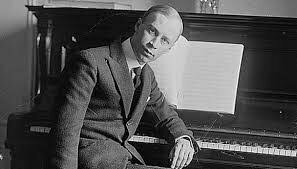 Sergei Prokofiev was still a student at the St. Petersburg Conservatory when he took the stage on 7 August 1912 to premier his 1st Piano Concerto. Since it was his first appearance with an orchestra, and expecting a rather large audience, he was predictably nervous. As it turns out, the premier went without a hitch and the conductor Konstantin Saradzhev, according to Prokofiev, “realized splendidly all my tempos.” More to the point, the crowd loved Prokofiev’s incisive playing, critics, however, were not impressed. The work was labeled “musical mud,” and “the work of a madman.” Another one claimed Prokofiev “ripe for the straitjacket” while a third reviewer stated that Prokofiev lacked the capacity for “novelty in the inner depths of his nature” and wondered if the piece even deserved “to be called music.” Ironically, it was the severity and the sheer viciousness of the critical reaction that brought Prokofiev instant attention and notoriety. 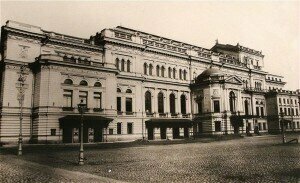 Throughout his conservatory days, Prokofiev was known as a rebel who liked to experiment with modernist and provocative music. Not entirely unexpected, a good few of his professors criticized him for his “decadence,” while at the same time praising his obvious imagination and creativity. The first piano concerto is dedicated to the “dreaded Tcherepnin,” with whom Prokofiev studied conducting. Tcherepnin’s harsh criticisms of his conducting abilities would haunt the composer for years. Regardless, Prokofiev considered his first concerto as his first mature composition. Performing as the soloist, he won the Anton Rubinstein Prize for a performance of the work on 18 May 1914. Prokofiev had proposed his own concerto so that the jury “impressed by its technical novelty would be unable to judge whether he was playing it well or not.” It clearly worked, with the jury headed by Alexander Glazunov proclaiming Prokofiev the winner. Grudgingly Glazunov suggested, “This will only encourage his pernicious tendency.”