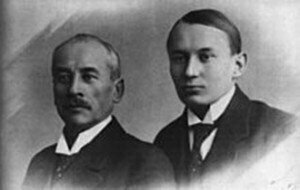 When a professional musician from Helsinki toured the Finnish countryside in the last years of the 19th century, a member of the audience asked him, “Are there other great composers in Helsinki besides Merikanto?” This delightful anecdote certainly tells us something about the enormous popularity of Oskar Merikanto (1868–1924). Whereas Jean Sibelius was primarily associated with the upper echelon of Finnish society, Oskar Merikanto successfully bridged the gap between the concert stage and the musical life of the everyday. In a word, he probably was the most diverse Finnish musician of his day. Born in Helsinki, Oskar displayed exceptional musical talents at an early age and became an accomplished organist and pianist. In fact, he was admitted and studied at the Leipzig Conservatory and subsequently in Berlin, and his activities as a composer immediately produced numerous works for organ and for the piano.

Oskar Merikanto: Valse lente, Op. 33 Merikanto was incredibly active as a composer, pianist, organist, conductor, music critic and teacher. His activities in church music education and in initiating professional opera performances were of great importance in the development of Finnish musical life. In addition, he was the most frequently employed accompanist of his generation, and his Pohjan neiti (Maiden of the North) was the first Finnish-language opera ever produced. He also composed well over 100 works for chorus alone, and his roughly 80 short pieces for solo instruments dutifully avoid the sonata and concerto genres. Merikanto’s popularity, however, rests primarily on his musical settings of Finnish texts and poems. Not particularly interested in the German Lied style, he preferred the melodious conventions of the folk-like idiom. In all, Oskar Merikanto wrote nearly 50 collections of songs throughout his long and productive career.

In 1893, Oskar’s wife Liisa Häyrynen gave birth to their son Aarre, and the musical genome easily transferred to the next generation. Initially taught by his father, Aarre eventually studied in Helsinki with Melartin, in Leipzig with Reger, and in Moscow with Vasilenko. In time, his early musical compositions rooted in Finnish romanticism gave way to a personal atonal modernist style. His works garnered various awards in Germany, but domestic Finnish audiences and critics were generally unenthusiastic. Now regarded as one of the masterpieces of Finnish opera, Juha (1922) received its premier in a concert version only in 1958, after the composer’s death. Blending an atonal musical language with expressionistic textures and stylistic quotations from folk sources, it tells the story of Marja, the pretty young wife of Juha, an elderly farmer in the east Finnish backwoods. Bored with her life, Marja runs off with the handsome and wealthy Karelian pedlar, Shemeikka. However, she soon discovers that she is merely a member of Shemeikka’s harem, and that she is expecting his child. When she returns to the good-natured Juha, he believes her lie that she was forcibly abducted and raped. However, when they encounter Shemeikka and his new wife, the truth is revealed, and with nothing more to live for, Juha commits suicide. 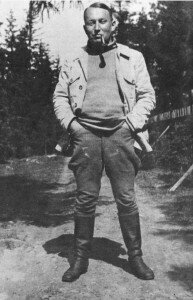 Bitterly disappointed by his compatriots’ reaction to his music, Aarre destroyed many of his compositions from the 1920s and radically changed his musical style. Gradually abandoning his more edgy modernist style, he turned towards more traditional idioms based on Neoclassism. He composed a number of smaller works, but the appointment as professor of composition at the Sibelius Academy reignited his interest in larger forms. His 3rd symphony and 3rd piano concerto represent a compelling synthesis of his entire musical oeuvre. Aarre Merikanto was diagnosed with lung cancer in 1957, and died the following year at the age of 65. He passed on the artistic genome to his son Ukri, whose stone sculptures are regarded as some of the finest examples of Finnish modernist art.