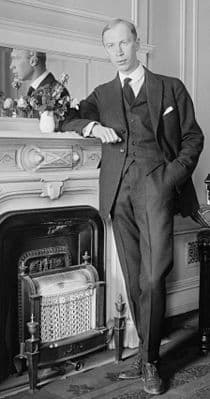 In 1914, Sergei Prokofiev (1891-1953) graduated from the St. Petersburg Conservatoire, having entered there ten years earlier at age 14 as the youngest-ever student to enter the Conservatoire. His teachers were the finest in Russia: Glazunov, Rimsky-Korsakov, and Lyadov. He had started his musical education in 1902 with private lessons with Reinhold Glière.

His graduation piece was his Piano Concerto No. 1, which he considered his first mature composition. In 1918, four years later, Prokofiev was in New York and while working on Love for Three Oranges, also wrote the piano work Old Grandmother’s Tales, op. 31. There’s much in the work that shows his homesickness for Russia and we can imagine the child of the work sitting in grandmother’s lap, as she rocks in her chair and tells him her stories.

Prokofiev left Moscow in May 1918 and arrived in Japan, having taken the last train on the Trans-Siberian Railway between Moscow and Vladivostok before the train line was blown up by anti-Bolsheviks. From Japan he went to San Francisco, arriving there in August 1918, with very little money to his name. He made his way to New York and started on some piano pieces to get some money. At the same time, he also had to polish his playing skills (which were formidable) because he played the premiere of the work in New York in January 1919.

All the movements are in minor keys, and each movement presents challenges to the performer.

The first movement, Moderato, launches us off in the rocking chair. For the performer, fine finger control and precise articulation are the key – there are many changes between staccato and legato and Prokofiev also used many unusual chords. Many of the chords span more than an octave, which can be a challenge for some pianists. The overall effect isn’t soothing, however. Although Prokofiev didn’t leave any program for the work, we can hear that the child may be sitting in grandmother’s lap, but she’s not telling him simple happy stories. These are complex tales of unfair actions and unhappy people.


The second movement is in a simple A-B-A form and has a continuous ostinato pattern – and that is the problem for the performer: to maintain a smooth line and balancing the ostinato when it moves from the left hand to the right hand. The slower tempo makes this easier, but balance is important.


Now the problem in the third movement is maintaining movement in the left hand while bringing out the melody in the right, and then later, an oscillating line in the right hand and slurred leaps (octaves and larger) in the left hand. In Prokofiev’s own performance of this work, he takes the tempo very slowly but adds rubato – temporary quickening or slowing of the tempo – to add expression. Other performers take it slightly faster.


The final movement adopts a tarantella pattern and skips over increasingly more separated parts of the piano. The trick for the pianist is to hold a chord with 4 fingers while playing a melody with the fifth finger. Sometimes the player can use the sustain pedal to help, but other times, moving lines in the other hand means that the keys have to be held without help.


In creating this work to raise money while in the U.S., Prokofiev was ultimately unsuccessful – it didn’t bring in the money he hoped. On the larger scale, the work has been more popular in Russia than in the U.S. It’s a piano work that has good melodies but an overall feel of melancholy, due to the minor keys.