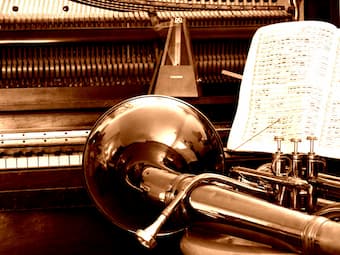 This article addresses the elephant in the room; music genres. And questions the whole concept of labelling art and music. For starters, let’s stop talking about classical music, jazz music, popular music, folk music, and let’s try to perceive music, universally: as a language and its sub-languages — or dialects. It is much easier to understand the whole idea of music through smaller well identified boxes, it is quite true, but only when it comes to academic matters. Only when the purpose is to find order, direction and information. For the purpose of the enjoyment and appreciation of an art form, it is essential to avoid judgement through genres and styles. Music from the point of view of which it is conceived and developed does not envision genres. Free-composers — in other words, the ones who do follow any form of brief or direction — do not intentionally write pieces with a genre in mind; they simply end up being what they are. So let’s take a moment to perceive music differently.


Categorisation and labelling has one great disadvantage. Indeed, by not allowing oneself to freely grasp the meaning of all music through pre-established ideas and expectations, one closes oneself to reaching to the heart of the music, and furthermore puts oneself in the position of not venturing towards the unknown, unknown music and unknown art.

But most importantly, one misses the big picture; the connections between all music. How each one influences the other. How Bartók’s works would not exist without Eastern Europe folk music, how Gershwin would have made very little without the influence of jazz, how Dvořák would have missed two of his most important works without North American folk music, and so on… 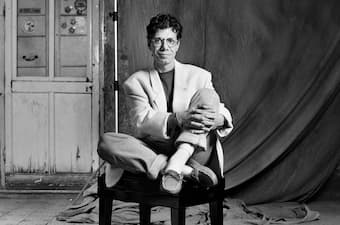 Let’s keep our trail of thought of music as a language. It can be agreed that there is no superiority of French over English, or Italian over German. All languages convey and satisfy their purpose of communication: exchanging ideas, regardless of the complexity of their functioning or the wealth of their vocabulary.
In Italian, for instance, there is a mother language spoken by all; and offsprings: dialects. Dialects from Piemonte, dialects for Campania or dialects from Sicilia. Music can — and perhaps should — be understood similarly; as one big language and its sub-languages. A classical concert pianist can surely understand the language of a jazz improviser, it is in the precision of its details that it gets harder to comprehend the dialect.

Here are two examples of musicians which both speak the language of music, and the dialects of classical and jazz. Keith Jarrett and Chick Corea — who passed away a few months ago unfortunately. Both pianists have been raised in the dialect of classical music, and once they felt comfortable enough with that dialect, decided to learn the one of jazz music. Throughout their life, they have alternated between several dialects. In jazz, they have even learned different, what could be defined as, sub-dialects — jazz fusion etc.

Most music follows the same structure and concepts; two of the most important ones, for instance, being tension/resolution and contrast. Studying the music of Mozart and Bob Dylan will ultimately result in the same harmonic canvas; Schubert, Paul Simon and John Coltrane’s approaches to the tonic and dominant relationship are really not as far as one would think.

While some music puts the accent on particular aspects of the language — popular music is a lot more rhythm driven, while classical music tends to follow the lead of harmony, and jazz seems to balance both — ultimately, the tools are the same.

Paul Simon: Diamonds On The Soles Of Her Shoes (from Graceland: The African Concert)

Interestingly enough, and contrary to music, visual arts have managed to align themselves and use genres to their best — as means of understanding rather than ranking. Turner and Warhol sit on the same level of excellence. So why is it that in music, there is still a pyramidal approach to genres and musicians; classical music being perceived as the top of it, and “simple and repetitive” popular music at the bottom?

It is the role of musicians, composers, performers, to erase the titles that have been associated to music genres, and create the lines and connections between all music and promote it as a language and a form of art, most and foremost. On the contrary it is the role of musicologists, writers and journalists to guide the listeners and allow them to understand how all of it relates and how genres help the listener understand and select, rather than ignore or promote.