Features
Is There a Keith Jarrett Blueprint?
by Doug Thomas April 20th, 2020 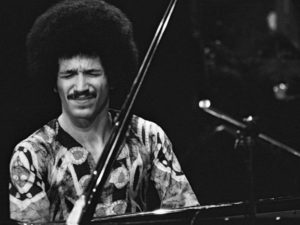 The following article is a rewrite and condensation of a university dissertation written in 2015. Approached quite ingenuously at the time, I later came to realise that this writing had prematurely exposed what is to become my primary approach to creativity; through the analysis of another musician’s works, I had identified one of my most important correlation between two creative arts: music and architecture.

The pianist Keith Jarrett is well-known for being one of the most extraordinary contemporary performer and improviser, gifted with the ability to create melodic and yet technically and harmonically challenging pieces of music. He has a career spanning over more than five decades and has played with some of the best-known musicians — such as Miles Davis —, performing both jazz and classical music. Jarrett is famous for his solo recordings; The Köln Concert (TKC) being one (if not the one) of his most critically acclaimed. A question that subsists with the American musician is: what is his approach to improvising, and how has it evolved throughout the years? Is there a particular architecture to his music — in other words a blueprint for Keith Jarrett’s improvisations?

The expression blueprint comes quite naturally, as I identify the improviser’s approach to that of an architect. It is considered natural for the architect to follow a particular set of structures and guidelines during the creation of a piece of work. Most of the time, this leads to an original achievement that shares characteristics and common elements to previous works. During the twentieth century, the father of modern architecture Le Corbusier used his principle of Unité d’habitation in most of his works. 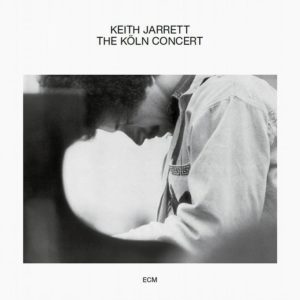 In this article, the focus is on Jarrett’s first emblematic solo album, TKC (1975) and one of his more recent recordings Rio (2011), as well as some transition albums: The Paris Concert (1988), La Scala (1997) and The Carnegie Hall Concert (2005). All these recordings represent a decade in the musician’s career. The criteria to identify creative patterns — the blueprint — in Jarrett’s works are the following: structure and length of the pieces; form, content and development of the ideas; use of rhythms; harmonic and melodic content, as well as variety of styles and genres. 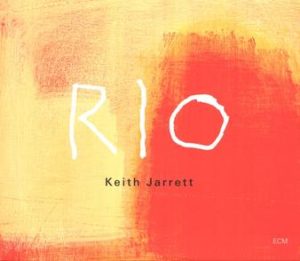 The Köln Concert (TKC) recorded in Cologne, Germany in 1975, is Jarrett’s fourth solo album. The two improvised parts of the recording are largely based around thematic episodes arranged in plateaux and building towards a climax. Each of those episodes has its origin in a particular rhythmic, melodic or harmonic idea. In “Pt. I” there is one main thematic episode, built around the opera house bell motif that the pianist quotes as his introduction. The trio selection of recordings that separate TKC from Rio demonstrates a transition phase in Jarrett’s improvisation style.

In The Paris Concert and La Scala, he seems to be using similar approaches. The development of the ideas in the Carnegie Hall Concert marks a separation in Jarrett’s methods of improvisation; instead of playing around thematic episodes contained within one large ensemble, Keith Jarrett improvises isolated smaller episodes which allows him to aim directly at the content without having to extend the length with decoration. 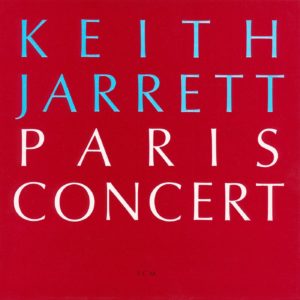 Rio, recorded in 2011, is Jarrett’s twenty-first solo album. The musician recognises this album as being one of his best performance ever recorded. The general structure of the concert is quite similar to the Carnegie Hall Concert. Rio is the illustration of Jarrett’s ability at playing in many different musical styles — from guitar-like blues to free jazz. Jarrett’s approach to harmony has evolved since the TKC period and his vocabulary has considerably expanded. He is in constant growth and continuously re-invents his playing; However, his style is instantly recognisable. There are musical aspects that have stayed over time — his personality — and defined his blueprint.

Structure and Length of the Pieces 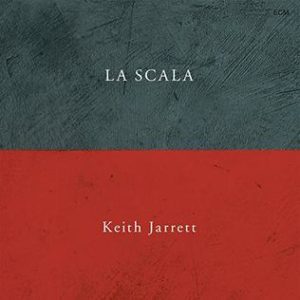 One of the first constant observable in the structure of Jarrett’s improvisations is their division in multiple parts. Throughout his career, the parts seemed to have reduced in length and augmented in number.

There seems to be two different approaches to form treatment in Jarrett’s improvisations. One, characterised by the use of a single motif in the introduction and quoted several times during the improvisation. Another one, a lot more diverse and aleatoric, sometimes based on a single idea, sometimes alternating between theoretical concepts and experimentations.

There is a strong diversity of rhythms in Jarrett’s improvisations, including rhythmic placements and approach to time treatments. Keith Jarrett often uses right-hand odd-numbered duplets in long and fast scalar runs, which are opposed to sparse and airy left-hand accompaniment. He has a strong control over silence, which is eased by the solo configuration. 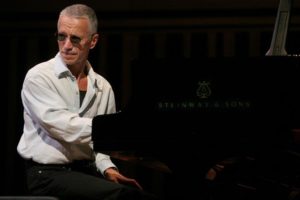 Variety of Styles and Genres

Keith Jarrett’s improvisations have always been the result of many styles and genres influences, running from baroque polyphony and counterpoint, to twentieth century atonality, folk music as well as bebop, country, rock, gospel, minimalism.

Eventually, one of Keith Jarrett’s instant signature traits, and perhaps what makes him so melodic is his vocalising and grinning while improvising…