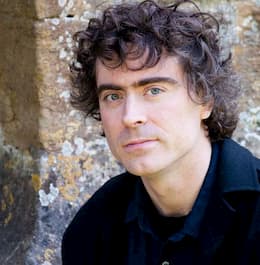 Paul Lewis is frequently regarded as one of the greatest interpreters of Beethoven and Schubert. More faithful to the score than other pianists, Lewis always tries to get as close as possible to the intentions of a composer. Following in the footsteps of his teacher and mentor Alfred Brendel, his performances are direct, intelligent, intense and deeply emotional but completely free of theatricality and impetuosity. In today’s Wigmore Hall programme, Lewis engages with “Haydn’s Appassionata” and Beethoven’s monumental set of 33 variations based on a waltz by Anton Diabelli.

Franz Joseph Haydn (1732-1809) is recognized as the central figure in the creation and establishment of the Viennese Classical Style. Already famous around the mid-1760s, he eventually became the most celebrated composer of his time, and he was venerated as a cultural hero throughout Europe. Familiarly known as the father of the symphony and the originator of the modern string quartet, no other composer approached his combination of productivity, quality and historical importance in these genres. Full of witticisms, originality of form and motivic inventiveness, Haydn composed music and arguably created the first truly modern pieces of music. His keyboard Sonata in C minor (Hob. XVI/20, L. 33) dates from 1771, and it is known for its technical difficulty, dynamic contrasts and dramatic intensity. It has been called “Haydn’s Appassionata,” and according to a critic, it is perhaps “the first great sonata for the piano by anybody.”

In a number of recordings, Paul Lewis has explored the piano sonatas of Haydn in considerable detail. “It’s unfortunate,” he writes “that Haydn’s works don’t get played as often as they deserve, as they contain some of the most startlingly original and irresistibly absurd piano writing in the entire repertoire.” Lewis physically invokes Haydn inherent pianism and makes a firm connection between his understanding of the music and the articulation of it. There is a sophisticated degree of nuance, inflection, and dynamic shading that helps to clearly define the frequently humorous character of the music. Yet, there is also a wondrous sense of drama to be explored in the C minor sonata, a work that already looks forward in time to the unmistakable dramatic intensity of Beethoven.

For Lewis, the Diabelli Variations are Beethoven’s greatest piano work. “I can think of no piano work more wide-ranging in character than Beethoven’s final major work for the instrument,” he writes. “It encompasses everything from the blustering to the introspective, the farcical to the deeply serious, the tender-hearted to the downright bloody-minded—and a final variation which, miraculously, manages to rise above it all while looking in all possible directions at once.” That sense of musical and dramatic eclecticism already prompted Alfred Brendel to consider the Diabelli Variations “to be a humorous work in the widest possible sense.” 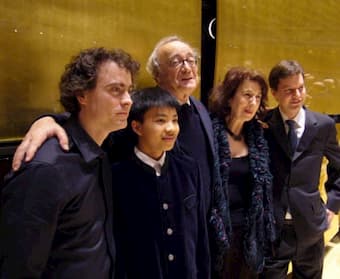 A good many almost jolly variations are seemingly at odds with the image of the tortured Beethoven. Perhaps this is the very reason why this piece is unique. The initial statement of the waltz is followed by a boisterous March, and the subsequent variations happily manipulate one or the other component of the theme. Marked “Grave e masestoso,” Variation 14 is the first of a serene transfiguration, an emotional and quiet resting point. A cascading stream of rapid variations propels us towards Variation 20, which Brendel calls the “Inner Sanctum, a place of obliterating stasis that finds Beethoven at his most mysterious.” Once motion has been restored, the narrative relentlessly moves towards Variations 29 to 31, in which the music for the first time descends into the depths of sadness. Since Beethoven habitually refuses to end in sorrow, he presents a monumental fugue that leads to a restatement of the now practically forgotten waltz in the style of a minuet. Ending in such unbridled simplicity provides a deep sense of reassurance, as beyond the complex and seemingly incomprehensive enormity of Beethoven’s music, we always find a man who was thoroughly human.