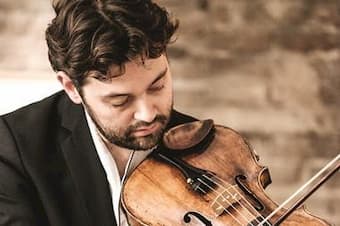 If you’ve heard one, you’ve heard them all! I am talking about jokes directed towards violas and/or viola players. These jokes mocking perceived musical incompetence or instrument awkwardness originated in the early 18th century and served to reinforce the hierarchical structure of the orchestra. And while they are still a clichéd part of classical music humour, Lawrence Power—performing works by Dowland, Britten, Wigglesworth and Brahms—will prove them meaningless and mesmerize you with his profound and penetrating musicianship and personality. 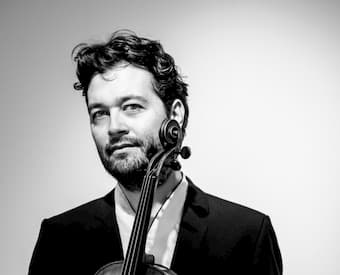 Without doubt, Power is one of today’s foremost violists. In worldwide demand as a recitalist, concerto soloist and chamber music partner, critics have praised his “extraordinarily eloquent playing, and his ability to transform the most commonplace phrase into something magically eloquent and memorable.” Power keeps pushing the envelope, and as a fervent champion of contemporary music, he has developed a large repertoire of new works. However, new works can also emerge from the past. The English Renaissance lutenist and singer John Dowland put together a number of highly influential collections of “Songs or Ayres.” Many of his unforgettable tunes have forcefully reemerged during the early music revival in the 20th century, and they have become a continued source of repertoire for lutenists, classical guitarists, and violists.

For Benjamin Britten (1913-1976), Dowland’s music served as the inspiration for his “Lachrymae: Reflections on a Song of John Dowland,” Op. 48. Scored for viola and piano, the work unfolds as a series of variation on the first phrase of the Dowland song “If my complaints could passions move.” Britten had studied the viola at an early age, and he did compose a number of early works for the instrument, including the Viola Sonata of 1926. His “Lachrymae” emerged substantially later and is connected with the exceptional Scottish violist William Primrose. Britten, apparently, was trying to lure the performer to appear at the Aldeburgh Festival. The Dowland song is quoted in the piano after a meditative introduction. A series of contrasting reflections leads to another brief musical quote from Dowland’s song “Flow my tears.” Only in the final section do we hear Dowland’s original melody and harmony in its complete form for the first time. 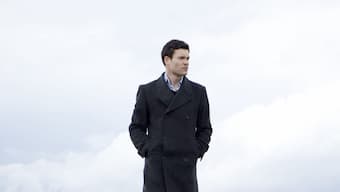 Today’s concert features Ryan Wigglesworth as pianist, and as composer. A graduate of New College, Oxford and the Guildhall School of Music and Drama, Wigglesworth is currently active as Richard Rodney Bennett Professor of Music at the Royal Academy of Music in London. He is one of the foremost conductors of his generation, and he composes “music stamped with iridescent hues, instrumental finesse, shapely ideas and a lyrical impulse that stays within reach even when textures turn prickly.” Wigglesworth is acutely aware of Britten’s revival and adoption of English music, and in his “Waltzes” we glimpse his flair for motivic interplay and a perceptive sensitivity to texture and colour.

Richard Wagner personally recruited the violinist Richard Mühlfeld for the Bayreuth Festival in 1875. One year later, however, Mühlfeld appeared as clarinet soloist with the Meiningen Orchestra, and he quickly gained an international reputation. Johannes Brahms heard Mühlfeld in concert on numerous occasions but it took him until 1891 before he truly appreciated the exceptional quality of Mühlfeld’s playing. Coming out from compositional retirement, Brahms initially composed the Clarinet Quintet and Trio, and followed up with two Sonatas in 1894. Looking for the widest possible circulation, he arranged the work as sonatas for violin and piano, and for viola and piano. The violin versions are rarely heard, but the viola sonatas have become cornerstones of the repertoire. In order to accommodate the expressive character of the viola, Brahms rewrote some figuration, added double-stops and extended the melodic line. As such, the F-minor sonata turns into a marvelous combination of musical economy and lyrical richness.