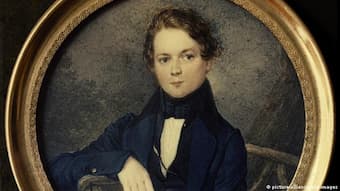 The leading exponent of musical Romanticism, Robert Schumann was born in Zwickau, Saxony, on 8 June 1810. He was the fifth and last child of August Schumann and Johanna Christiana Schumann (née Schnabel). August Schumann was a book dealer, and author of chivalric romances and a tireless lexicographer. He had made a small fortune by translating Walter Scott and Byron into German. 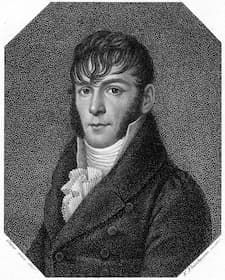 Growing up in a household of literary hyperactivity, young Robert displayed a distinct talent for singing at an early age and he began piano lessons with Johann Gottfried Kuntzsch, organist at the St Marien Church in Zwickau. Concurrently, he attended the private school of the archdeacon H. Döhner, where he studied Latin, Greek and French. He began to compose before the age of seven, and an 1850 biographical sketch relates, “Schumann, as a child, possessed rare taste and talent for portraying feelings and characteristic traits in melody, he could sketch the different dispositions of his intimate friends by certain figures and passages on the piano so exactly and comically that everyone burst into loud laughter at the similitude of the portrait.” 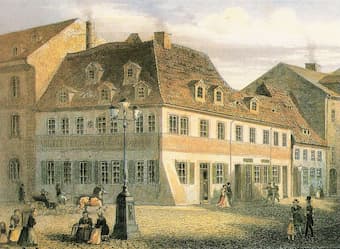 Schumann’s love and aptitude for music fiercely competed with his love and talent for literature. He wrote an essay on the aesthetics of music at the age of 14, and also contributed to a volume, edited by his father, titled Portraits of Famous Men. In 1818, his mother took him to the town of Carlsbad to hear a performance by one of the most impressive piano virtuosos of his time, Ignaz Moscheles. Young Robert was thunderstruck, and he carefully preserved the concert program for the next twenty years. In the event, he decided to follow into Moscheles’ footsteps and become a piano virtuoso himself. His first appearances as a pianist date from 1821 and 1822, when he performed variation sets by Pleyel, Cramer, Ries, Moscheles, and Weber. At that time he was also taking flute and cello lessons from the municipal music director Meissner, and he worked on two composition projects. He designated a Psalm setting as his never published Op. 1, and composed an overture and chorus. It has also been suggested that he was thinking of writing an opera. Schumann’s childhood idyll ended with his entry into the Zwickau Gymnasium. 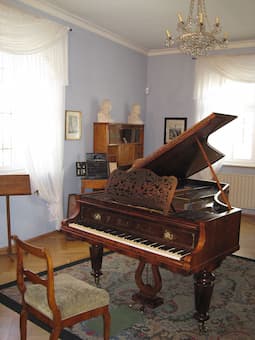 Starting at the age of 13, Schumann had began to gather his own literary efforts consisting of poems, dramatic fragments, and biographical sketches of famous composer under the pseudonym “Skülander.” During his student days he founded a Literary Club, and weekly meeting featured readings “from the monuments of German literature and discussions.” During his period as chief organizer, “Schumann tried his hands at a variety of literary genres, including metric translations of Greek and Latin verse, more than 30 lyric poems, seven fragments of a drama, and critical essays on a variety of aesthetic topics.” At the same time he widened his musical background and got acquainted with some Beethoven string quartets, Mozart’s operas and the keyboard music of Haydn. August Schumann had been highly supportive of his son’s musical activities, and he attempted to hire Carl Maria von Weber as Robert’s composition teacher. Sadly, this well-laid plan came to nothing as both August Schumann and Weber died in 1826. 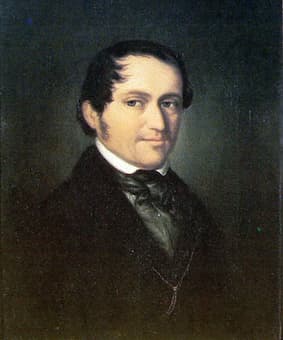 Since Schumann kept track of his daily activities in various diaries, we have some idea regarding the musical compositions he was working on at this time. He began drafting a piano concerto in E minor in 1827, and sketched parts of another one in E-flat Major in the same year. He also claimed to have “completed many songs and piano pieces at that time,” but none of the solo keyboard compositions survives. Dating from the summers of 1827 and 1828, Schumann composed 13 songs on texts by Kerner, Byron, Ernst Schulze, J.G. Jacobi and Schumann himself, and scholars have suggested that these “were probably inspired by Agnes Carus, an attractive woman eight years Schumann’s senior, a talented singer, and the wife of Dr. Ernst August Carus, the nephew of an old family friend.” The early youthful lieder fulfilled the ideal of the poet and composer in one person, and they offered the “repository of ideas for several of the piano works of the next decade: the Intermezzos op. 4, the F-sharp minor Sonata op. 11 and G minor Sonata op. 22. In 1830, Schumann heard a performance of Niccolò Paganini in Frankfurt. As he writes to his mother, “My whole life has been a struggle between Poetry and Prose, or call it Music and Law.” Music did claim the upper hand, and after taking a number of piano lessons from Friedrich Wieck in Leipzig, Schumann abandoned the idea of a concert career and devoted himself instead to composition. To this end he began to study music theory with Heinrich Dorn, and the first fusion of literary and musical ideas took shape in his Papillons, Op. 2.