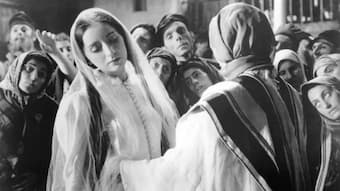 Sometime in the late 1920s, American composer Aaron Copland went to a performance of S. Ansky’s play The Dybbuk, a tale of pre-destined love and demonic possession. For a production of the play in Moscow in 1919, composer Joel Engel wrote incidental music cantering around a Hassidic melody that he had traced to the city of Vitebsk. Engel and Ansky had been out with the Jewish Ethnographic Expedition, gathering legends and music from the countryside. Engel found his melody and Ansky found the originating legend of a dybbuk for his play on that research trip.

The original melody was wordless and was later known as Mipnei ma (Yoreda han’shama: [“Why/wherefore/because of what [has the soul fallen….”]). Copland would have heard the melody when he went to the English-language New York production in 1926 or 1927. Copland started writing Vitebsk in 1928 before being commissioned by the League of Composers to write a work. In 1928, Copland was in residence at the MacDowell Colony. 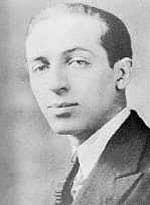 Copland said he was seeking to show the harshness and drama of Jewish life in Russia. This comes through from the first note. The piece, written for piano trio, is sharp and jagged, and it must be recalled that the theme he’s basing it on comes from a play about demonic possession. This isn’t 19th-century Jewish life in a small town, as so vividly depicted in Fiddler on the Roof, but the complex interconnected life based on religious and folk beliefs. This isn’t the Russia of Chagall (who actually was from Vitebsk), but the Russia of a cosmopolitan city of some 70,000 inhabitants, half of whom were Jewish and many of whom had been driven out of Moscow following the 1891 purge of Jews from Moscow.

Copland’s music takes us deep within the psychological structure of the play: two friends pledged that their children would marry, but then the son’s father dies and the girl’s father reneges on his promise because the son is so poor and in such ill-health. When the girl’s engagement to another is announced, the son dies. When the girl goes to the cemetery to inform her dead relatives of her upcoming marriage, she is taken over by the demonic spirit of the dead son. By the end of the play, the daughter and son are together in death. There’s a kind of intense claustrophobia in the story that comes across in the music.

The musical structure is of two outer slow sections sandwiching an inner fast section. The Mipnei ma melody that opens the work returns and is broken down into smaller and smaller phrases, motives and fragments. The fast middle section is where Copland expands into jazz and phrases from klezmer music – syncopation, cross accents and implied offbeats.


This was Copland’s only overtly Jewish composition as a mature composer. Copland wrote, “Jewish influences were present in my music, even when I did not refer to them overtly. I grew up in the Eastern European tradition and so there was no novelty to it as was the case with folk materials relating to the American West.” We identify Copland with his expansive western themes from Rodeo and Billy the Kid. By his own words, that was the ‘foreign’ style for him.