In October 1878, Pyotr Ilyich Tchaikovsky resigned from his post at the Moscow Conservatoire. The resignation followed on the heels of the disintegration of his disastrous marriage to his former student Antonia Miliukova. Psychologically and sexually mismatched, the couple lived together for only two and a half months before Tchaikovsky fled the scene. He received emotional and financial support from Nadezhda von Meck, who would become his patroness for the next 13 years. Tchaikovsky called her his “best friend,” and they agreed to never meet under any circumstances. 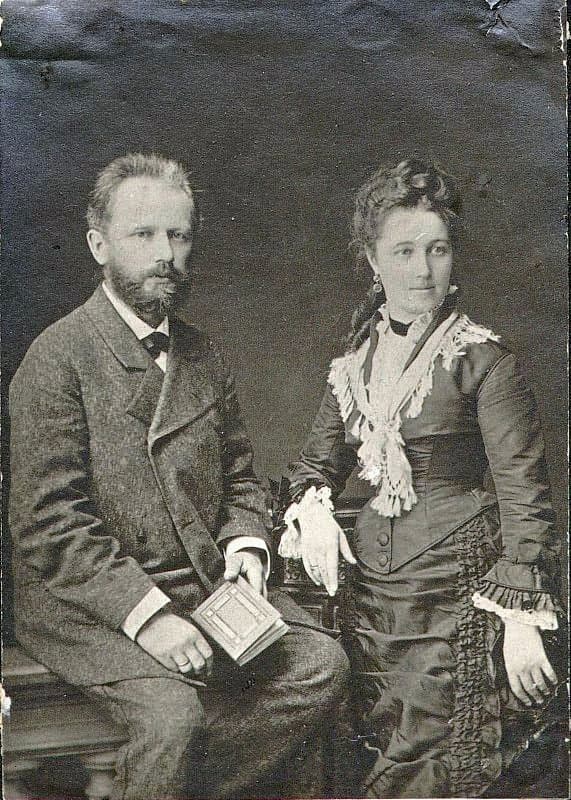 Tchaikovsky with his wife Antonia Miliukova

Unfortunately, they did meet once in 1879 in the woods behind her house at Brailov, greatly embarrassing each other. According to a biographer, “Tchaikovsky did not greet her verbally, confining himself to raising his hat, but she was not able to hide her confusion.” Emotional and psychological pressures also had a detrimental effect on his health. Tchaikovsky reported “stomach pains, bilious attacks, sleeplessness, and feverish headaches.” Von Meck was horrified to read that he was “fortifying himself with wine,” and she begged him not to remedy “his ills in this way.” At any rate, Tchaikovsky embarked on what he called a “nomadic existence,” restlessly traveled between Russia and Western Europe, never really staying for long in any one place, and avoiding social contact whenever possible.

At the beginning of 1880, Pyotr and his brother Modest briefly resided in Rome, and Tchaikovsky was looking to compose an Italian Fantasia on folk themes. “I want to write something in the manner of Glinka’s Spanish Fantasia,” the composer reports to Nadezhda von Meck. One month later he writes, “I have worked successfully over the recent days, and I have already prepared in rough my Italian Fantasia on folk themes, which it seems to me, might be predicted to have a good future. It will be effective, thanks to its delightful tunes, some of which were chosen from collections, and some of which I heard myself on the streets.” 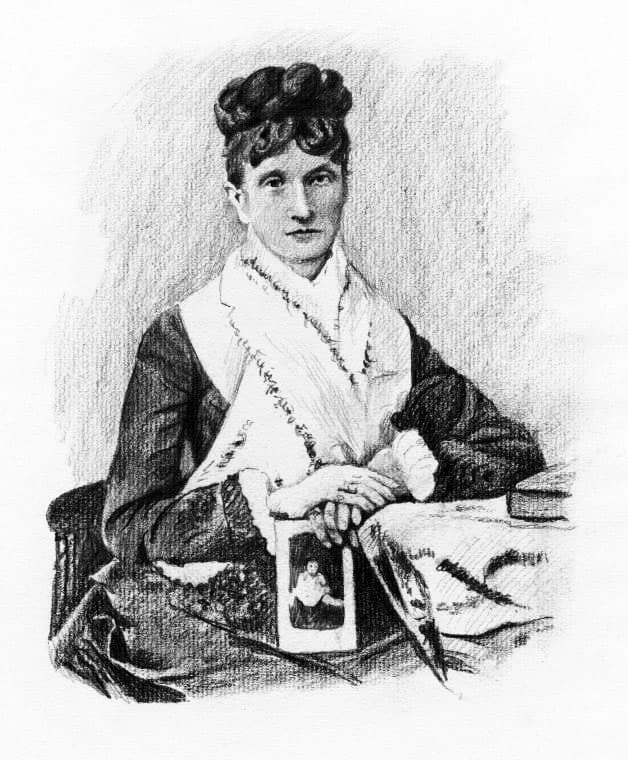 Tchaikovsky also provides a detailed account of a Roman carnival. He writes, “We are now experiencing the very height of the Roman Carnival here. Initially, I did not like this wild frenzy, but now I have somewhat come to terms with it. Or course, the peculiarity of the local celebration of the carnival is due to the climate and the antiquity of the custom… When you take a good look at the public raging at Corso, you are convinced that no matter how strange the merriment of the local crowd manifests itself, it is sincere and unconstrained; it does not need vodka or wine, it is inhaled in the local air, warm, caressing. What wonderful days!” And Modest subsequently reports that the theme of the opening fanfare was a signal used at a cavalry barracks, which the composer heard through his window every day while staying at the Hôtel Constanzi. 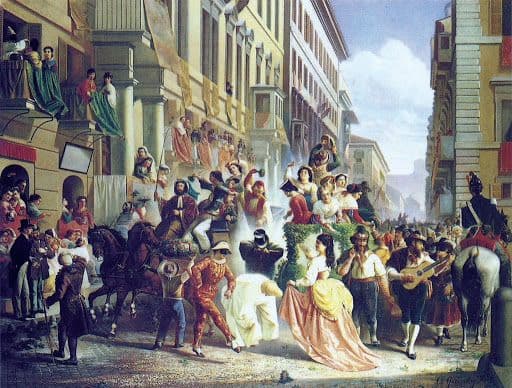 The composer was very pleased with his Italian Fantasia, as he wrote to his younger brother Anatoly Tchaikovsky on 12 February 1880. “The carnival is over, and I’m incredibly happy about it. On the last day, the madness and frenzy of the crowd exceeded everything that can be imagined. Nonetheless what a nice Italian Fantasia for orchestra I have composed—charming.” Once he had returned to Russia, Tchaikovsky started the process of instrumentation at Kamenka. On 24 May he wrote to Nadezhda von Meck, “I have only just finished scoring the Italian Fantasia… Now I shall start arranging it for four hands.” After finishing the full score, Tchaikovsky inserted metronome marking and signed the work “Rome-Kameka, 15 May 1880.” Tchaikovsky decided to make his own arrangement for piano 4-hand because he feared that the task would be delayed if he handed the project to Sergei Taneyev. He finished the arrangement between 24 and 28 May, and the title “Capriccio” first appears in a letter to his publisher Pyotr Jurgenson, in which the composer reports the completion of the arrangement. 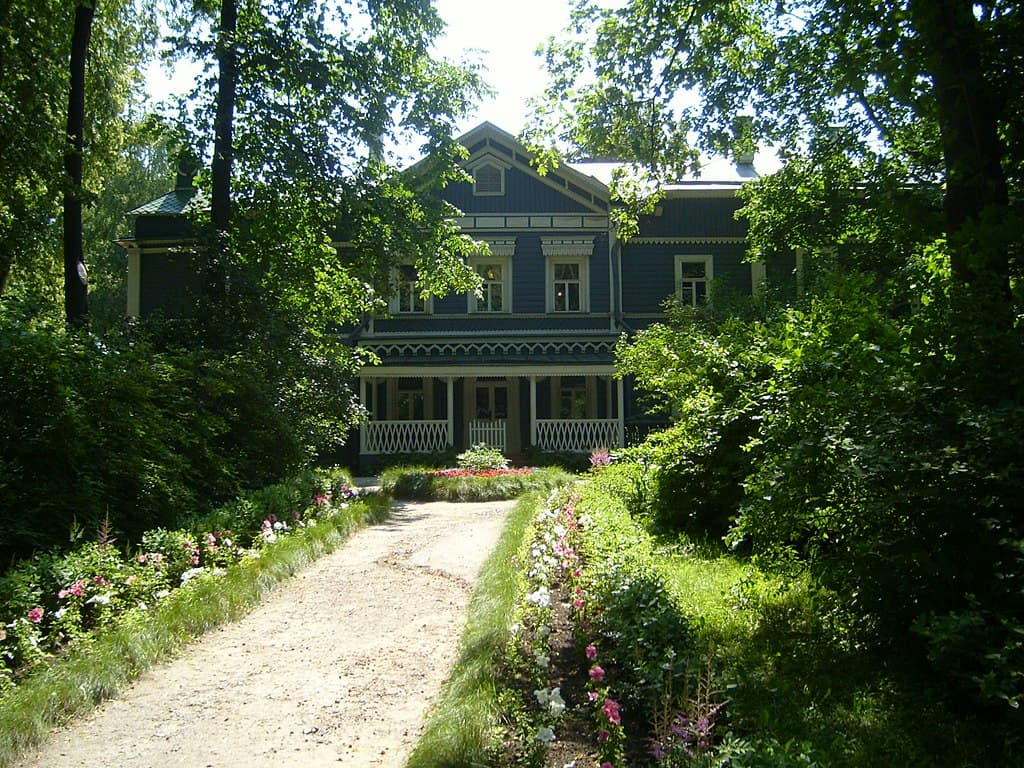 Tchaikovsky was eager to see the Italian Capriccio performed in Saint Petersburg and he informed his friend Eduard Nápravník “that the arrangement of the Italian Capriccio for piano duet is now ready, and the full score and orchestral parts should be ready by 12 November; at least, that’s what I was promised by Jurgenson, to whom I am writing that you wish to perform the thing, and would like precise news of when it will be ready.” In the event, the first performance took place in Moscow on 18 December 1880, in a concert conducted by Nikolay Rubinstein. Contemporary critics were delighted, but subsequent commentaries have not been always so favourably disposed, leveling accusations of “cosmopolitanism” at the work.