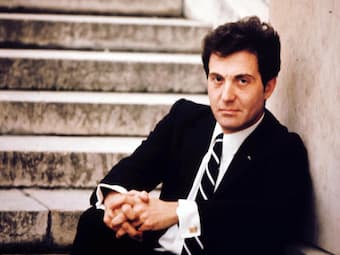 There are several reasons as to why Aldo Ciccolini is not habitually listed among the top pianists in the world. For one, his tasteful and understated style of playing, a combination of humble stage demeanor paired with emotional restraint, did not sit well in an environment obsessed with flash and bling. And secondly, Ciccolini had a distinct fascination with neglected repertoire, championing piano works by Satie, Rossini, Salieri, Massenet, De Falla, and the practically unknown Déodat de Séverac. It probably didn’t help that although he was born in Naples on 15 August 1925, he believed that he had “a French soul.” He did make his home in France and late in life expressed no nostalgia for his homeland. As he explained, “In Italy, I encountered only incomprehension and indifference… It is a fascinating country but its culture is tragically devalued.” And in addition, he came from an aristocratic background, something the Zeitgeist did not find particularly appealing. In fact, his father bore the title of Marquis of Macerata, but in real life, he worked as a typographer.

Ciccolini showed great musical talent at an early age, and he took his first lessons with Maria Vigliarolo d’Ovidio. Ciccolini remembers, “My mother was anxious to develop my musical talent and she took me to play for a teacher who was sufficiently impressed to organize a meeting with Francesco Cilea, the head of the Naples Conservatory when I was an eight-year-old-child. I played in Cilea’s office for forty or fifty minutes, and afterwards, he said, “Now, turn round without looking at the keyboard.” He played a cluster and asked me: Tell me how many sounds you can hear and what the notes are. I was able to guess them immediately and he said to my mother: This boy should enter the Conservatory. He is however much younger than the official entry age, which is thirteen. I will speak to the Minister in order to obtain a special authorization.” Cilea did manage to obtain a ministerial dispensation, and Ciccolini was admitted to the Conservatory. 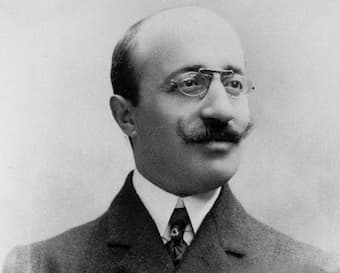 Ciccolini initially studied piano with Paolo Denza, a student of Ferruccio Busoni, and later with Marguerite Long, Alfred Cortot, and Yves Nat in Paris. However, Cilea insisted that young Aldo study composition as well. Ciccolini writes, “My teacher in harmony and counterpoint was Achille Longo, the son of Alessandro Longo, who was a very young composer in his early thirties. And it was under his guidance that I undertook my course of studies…Maestro Longo suffered from asthma—as I do myself—and he was sometimes compelled to rest. So one day Cilea entered the class and said: “Boys, your teacher is very tired. For the next two weeks I will replace him in the harmony and composition lessons. I thus had the privilege of showing him my exercises. And he was very kind and understanding at all times. He dressed with incredible elegance. And was truly conscientious in his work. When we entered the Conservatory every morning at eight o’clock, he was standing there, watching all the pupils pass by. It was incredible to think that it was he who had written Adriana Lecouvreur, and L’Arlesiana.” 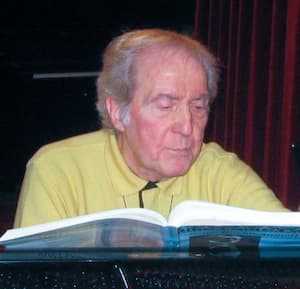 In 1942 Ciccolini made his local début, playing Chopin’s F minor Concerto, and in 1947 he became the youngest musician until then to hold the post of piano professor at the Naples Conservatory. Subsequently, he won a number of international piano prizes, including the S Cecilia prize in Rome in 1948 and first prize at the Marguerite Long-Jacques Thibaud Competition in Paris in 1949, the year of his move from Italy to France. Ciccolini’s discography contains over one hundred recordings that distinguish him as a performer of rare sensitivity who sought and achieved infinitesimal shadings of dynamic and tonal color. He always said, “that the most important sound was the sound he heard in his head before he actually created contact with the keyboard.” As a critic wrote, “Always noble and lyrical, his playing possessed a rare quality that countless pianists aspire to achieve—that is, to deceive listeners into perceiving the piano not as a percussive instrument but instead a human voice with countless nuances and intonations.” The strengths of his interpretations originate in his search for solitude. “I am a solitary man,” he explained. “I should have been born on a desert island, but instead I was born in Naples which is quite the opposite of a desert island! Let us say that sometimes I seek solitude. And then there is this endless passion for music. I don’t think much of the unpleasant things that have occurred to me during my life but focus entirely on the music.”