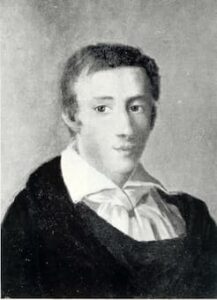 Although he published it second, Chopin’s Piano Concerto in F minor was actually the first concerto he composed. Written before he had actually finished his formal education, Chopin was the soloist in the premiere of the work on 17 March 1830 in Warsaw. That concert was the first of three concerts he played in Warsaw that year. In fact, the concert on 11 October 1830 would be his “farewell” performance as he departed his homelands amidst the November uprising, never to return. In a letter to a friend, Chopin confessed that the slow second movement of the 2nd concerto was inspired by Konstancja Gladkowska, a 19-year old soprano and fellow music student. 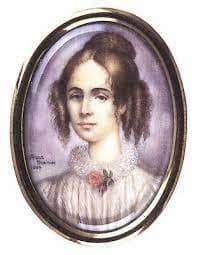 “Perhaps to my misfortune,” he writes, “I have met my ideal and have served her faithfully for six months, without speaking to her about my feelings. I dream about it: under her inspiration, the adagio of my Concerto in F minor and, this morning, the little waltz that I’m sending you–the Waltz in B minor, Op. 69 No. 2, have been born…. I tell to the piano what I confide to you.” And on 15th May 1830, Chopin writes again to his friend and confidant Tytus Woyciekowski, “It is not meant to create a powerful effect, it is rather a Romance, calm and melancholy. It should give the impression of someone looking gently towards a spot that calls to mind a thousand happy memories. It is a kind of reverie in the moonlight on a beautiful spring evening… Involuntarily, something has entered my head through my eyes and I like to caress it.” 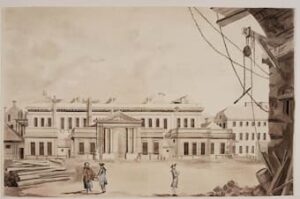 The F-minor Concerto fuses a conventional concerto structure with influences taken from the “brilliant style” popularized by virtuosi pianists on concert stages throughout Europe, and the composer’s deeply personal musical reflections of his native Poland. The “Maestoso” provides a simple, yet elegant orchestral introduction that never attempts to become an integral partner in the musical conversation. Rather, the orchestra gently supports the piano throughout, providing an effective and appropriate orchestral background. 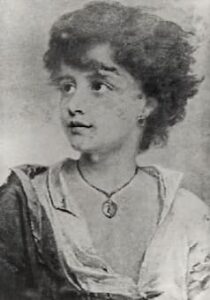 Chopin’s melodic inventiveness emerges in the piano, as the soloist repeats the main themes before introducing virtuoso figurations and ornaments. Improvisatory in character, the movement gradually builds to a climactic return of the orchestra. Deeply lyrical elaborations and repetitions feature a transparent and sparkling solo part, with colorist touches added by the orchestra. Critics have called the slow “Larghetto” an “exquisite tone poem, in which extremes of emotion are expertly juxtaposed.” In fact, this movement features a melody that serves both a lyrical, dramatic, and as we have seen, personal role. The concluding “Allegro” provides ample testimony of Chopin’s dazzling pianistic writing and the seemingly endless variety and diversity of his melodic invention, all culminating in a pyrotechnic display of virtuosity in the Coda.

There can be little doubt that the final series of Chopin concerts in Warsaw unfolded under the spell of Konstancja Gladkowska, the “young blonde blue-eyed beauty with a beautiful voice.” Contemporary press described her as “a sturdy and shapely figure with a gorgeous voice,” who had received a government scholarship at the age of 16. She was certainly well known, some might even say popular. Appearing in the “Farewell Concert,” Chopin described her as “dressed becomingly in white, with roses in her hair… She sang the cavatina from Rossini’s La donna del lago as she had never sung anything, except for the aria in (Paer’s) Agnese. You know that ‘Oh, quante lagrime per te versai.’ She uttered ‘tutto desto’ to the bottom B in such a way that Zieliński (an acquaintance) held that single B to be worth a thousand ducats.” In the afterglow of this concert Konstancja and Chopin exchanged rings, although there is no evidence that this symbolized a betrothal. Upon his departure, Chopin writes, “the trunk for the journey is bought, scores corrected, handkerchiefs hemmed… Nothing left but to bid farewell, and most sadly.” Still, Chopin arranged to correspond with Konstancja through his friend Jan Matuszyński, who was studying medicine at the university and agreed to act as a go-between. Chopin even wanted “his ashes laid at her feet,” and when she did not respond became insanely jealous. “How I tear my hair when thought comes that she may forget me! Those fellows! Gresser! Bezobrazow! Pisarzewski! It’s too much for me. Today I feel like Othello!” Konstancja wrote in Chopin’s album on October 25, just two weeks after the farewell concert,

Sorry twist of fate you weave,
Yet yield we must to fortune.
Remember well, as now you leave
in Poland they do love you. K.G.’’

And she added, “in foreign lands they may appreciate and reward you better, but they cannot love you more.” She never saw the words that Chopin added in pencil after he had left Poland and she herself had married, “Oh yes, they can!”