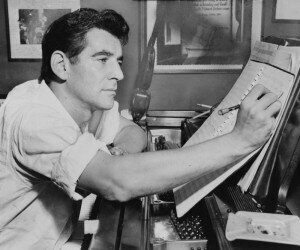 On 26 September 1957, the Winter Garden Theatre—one of the Broadway theatres located between 50th and 51st Streets in midtown Manhattan—opened with a musical inspired by William Shakespeare’s Romeo and Juliet. With a libretto by Arthur Laurents, lyrics by Stephen Sondheim, and music by Leonard Bernstein, the original production of West Side Story ran for 732 performances before closing on 27 June 1959. However, the process of putting on the show had not been an easy one.

Bernstein recalled, “Everyone told us that it was an impossible project, and we were told no one was going to be able to sing augmented fourths, as with ‘Ma-ri-a’… And then we had the really tough problem of casting it, because the characters had to be able not only to sing but also dance and act and be taken for teenagers… Some were wonderful singers but couldn’t dance very well, or vice versa … and if they could do both, they couldn’t act.” 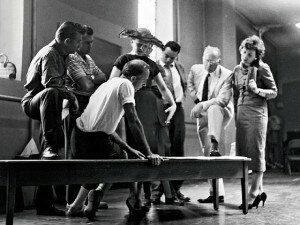 Bernstein had always hoped to write the Great American Opera. In the end he wrote West Side Story, the great American musical. Topically situated within a period of vicious urban gang warfare that terrorized the streets of New York City, the musical tells the story of the ill fated romance between Tony, a retired gang leader and Maria, the newly immigrated sister of the head of a rival Puerto Rican gang. And as we all know, it became an unqualified success playing in theaters for decades and even spawning a lavish movie version. But it was Bernstein’s music that captured the audience. Bernstein explained to the New York Herald Tribune, “the entire show was a tightrope between art and realism, carefully balancing audience expectations between the diverse demands of fantasy versus authenticity, entertainment versus drama.” Despite his enormous popular success on Broadway, Bernstein continually struggled to be acknowledged as a composer of serious music. Be that as it may, there can be no doubt that Leonard Bernstein was “one of the most prodigiously talented and successful musicians in American history.”