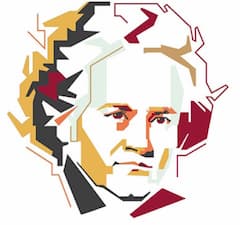 Is there anyone who does not know the name of Beethoven?

Beethoven might just be the universal word for classical music. His contemporaries thought so much of him that in 1877, Dr. Ludwig Nohl published a book titled Beethoven Depicted by his Contemporaries. The book includes accounts of Beethoven by Mozart, Rossini, Weber, and Liszt, among others.

Such is the universality of Beethoven today; I’d suggest that almost every composer since then has been inspired by him in one way or the other.

In his time, he was nicknamed ‘The Prince of Tone’. Today, his music is so ubiquitous that if you are a classical music lover, rarely would a day pass that you didn’t hear a piece by Beethoven. In 2019, ABC Classic radio station in Australia ran a competition to find their listeners greatest composer of all time, and you guessed it, Beethoven took out the number one position.

While Beethoven is not my go-to composer for music that moves me, there’s no denying his appeal and the quality of his music. The struggle he went through to create music and to keep creating it even though he was deaf for a large part of his life. This stands as a testament to the stoic strength of his vision and fortitude.

Several pieces of his standout for me, and I know they do for many other people. It’s sort of hard to find a piece of Beethoven’s that is not well known. He wrote five string quintets. Now the string quintet has always fascinated me. The question I ask is what can you do with a string quintet that you can’t do with a quartet? I can understand a wind quintet, where you can add another voice, another timbre if you like, but a string quintet just adds another viola, cello or on the rare occasion a double bass, which would make sense to my ears.

However, for his five string quintets, one being incomplete, Beethoven only included another viola. Here is the Allegro con brio from his String Quintet in C minor, Op. 104. Perhaps here, Beethoven answers the question what can be done with five string instruments as opposed to four.

Music for Beethoven was much more than sound. He saw it as a way to express human rights. The joy of nature, of friends and his closest loves, these were all put into his music. The title of the 1994 movie Immortal Beloved, where Gary Oldman got to play Beethoven, comes from a statement that Beethoven made about a mysterious woman he treasured. Thinking about that term, immortal beloved, when was the last time any of us expressed a sentiment with such passion about the one we love? Such was Beethoven’s passion; he never did things by half measure. 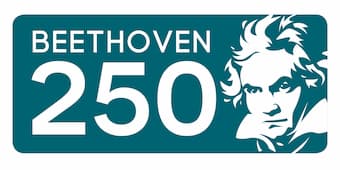 Stirring, dazzling and passionate are words people used to describe the feelings that they get from listening to Beethoven’s music. His enduring legacy has been made stronger throughout history, that can’t be said for every composer. Antonio Salieri, Mozart’s mate, and teacher to Franz Schubert, Franz Liszt and, of course, Beethoven, was a giant among opera composers, but when was the last time you heard any of his music?

The enduring appeal of Beethoven’s music will come to full fruition this year throughout the world, but especially in his home country of Germany. They have so many celebrations, concerts, talks, exhibitions, and performances of his music happening that the music and life of Beethoven will be inescapable in Germany this year.

The national TV and radio broadcaster in Germany, Deutsche Welle, has an extended list of Beethoven at 250 events listed on its website here, which unfortunately have been limited due to the COVID-19 outbreak.

For me, the most iconic work of Beethoven is the second movement from his fifth and final Piano Concerto. This piece transcends music to me. It is an experience that is more than musical expression. It speaks of peace, beauty, and it has that amazing falling and floating melody; few musical experiences come close to this piece.

In this early version under Leonard Bernstein and the Vienna Philharmonic Orchestra, Polish pianist and conductor Krystian Zimerman play this sublime piano music. This piece was used to startling effect in the haunting 1975 Australian movie, Picnic at Hanging Rock.

As Beethoven’s music ages, more and more people come to love it. And it’s possible that the music of this master composer at 250, may be getting better and better.