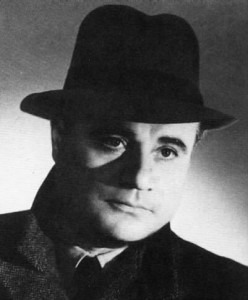 The spinto is a tenor with a larger, slightly pressed voice (from spingere, Italian for push). While it is distinctly different from a light lyric tenor in a standard Mozart opera (for example a Don Ottavio in Don Giovanni), a spinto can come quite close to a more dramatic tenor. The spinto tenor is firmly rooted in the Italian tradition, but would be equally at home in French grand opera; but it wouldn’t possess sufficient heft for the Wagnerian heldentenor roles. Typical spinto roles would be Cavaradossi (Tosca), Calaf (Turandot), Canio (Pagliacci), Radames (Aida), Manrico (Trovatore), Don Carlo (Don Carlo) but occasionally ranging through to Verdi’s Otello. A spinto should feature a solid and rich middle range with a highly developed and powerful upper register driven from the chest.

No list can be truly complete, so I have chosen a few characteristic tenors who left a lasting impact on a role, the industry or the singer’s craft. I am ignoring Richard Tucker, a typical spinto tenor (already featured on www.interlude.hk), as well as the late 20th century Three Tenor phenomenon, though Pavarotti and Carreras would qualify as exemplary spintos.

Beniamino Gigli (1890-1957) was probably the first global superstar tenor to emerge from the long shadow cast by Enrico Caruso (whose first great successes was in the 19th century, falling outside the purview of this article). Gigli’s voice was smaller and lighter than Caruso’s, and his timbre located him at the periphery of lirico and spinto. With his career taking off in the emerging age of broadcasting, he featured frequently on the radio, in many recordings and some films. His career took him to London and New York, where he enthused audiences, particularly in the verismo roles such as Umberto Giordano’s Andrea Chenier. Many Italians remember him mostly, unjustly, for a 1937 recording of the Fascist hymn “Giovinezza” (youth), which helped cement his position as favourite tenor of Italian dictator Benito Mussolini. Opera lovers remember him for his exceptionally smooth and near honey-dewed sound which still excites today. 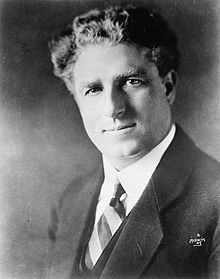 Giovanni Martinelli (1885-1969) possessed a silvery and evenly controlled voice, with a powerful and shimmering upper register, embodying many of the ideal characteristics of an Italian tenor. Launching internationally at Covent Garden, world fame came in 1912 after his debut at the Met. While he shared many roles with the great Enrico Caruso, he was still paid only half as much as the superstar, and really came into his own after Caruso’s death, when he started singing heavier roles. Martinelli’s Otello was unrivalled for years. In an extraordinarily long career, he portrayed over 40 roles, ratcheting up 700 performances at the Met. He also was an early recording, film and television star, where his Italianate good looks and vocal elegance played beautifully. Unusually for a spinto, Martinelli occasionally stepped into pure dramatic territory, performing a convincing Tristan (Wagner’s Tristan und Isolde). 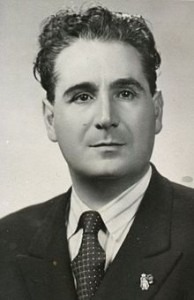 Giacomo Lauri-Volpi (1892-1979). Less known today, but a towering giant of a tenor during his time, Lauri-Volpi owned one of the most distinctive voices of his generation and influenced scores of singers. Starting as a Rossinian tenor, he soon graduated to heavier roles, notably during his New York years from 1923-1933. Calaf, which he sang for the American debut of Puccini’s Turandot, became a trademark role, providing a perfect showcase for his shimmering heights and hefty voice. Giuseppe Adami, one of the two librettists working on Turandot, claimed that Puccini had written the role of Calaf with Lauri-Volpi’s voice in mind. He made numerous recordings (a rarity is a live recording of Il Trovatore from Naples with Maria Callas) and was also a prolific writer; his book, Voci Parallele, becoming a valued instructional on vocal technique and style. His voice was described as being capable of sending vibrations up to the nose-bleed section of La Scala, and his method was highly influential on many, not least on Franco Corelli, who he taught for years. Occasionally singing into his eighties, with the voice long gone, he still displayed astounding technical mastery. 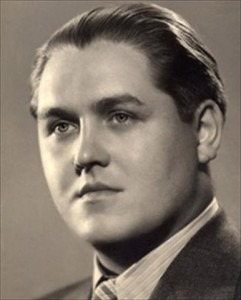 Swedish tenor Jussi Bjoerling (1911-1960) reigned as perhaps the most popular European tenor of the Met from his debut in 1938 to the late 1950s. He boasted an unusually warm and sweet voice with tremendous lung capacity enhanced by a slight tremolo, which makes him one of the most recognizable operatic voices. He was as comfortable in the lighter roles such as Rodolfo in La Boheme to heavier roles such as Verdi’s Don Carlo, which he helped spirit to greater popularity (it’s hard to imagine, but the later Verdi operas weren’t always popular at the Met). He frequently sang and recorded with the greatest voices of his era, including Zinka Milanov, Robert Merrill. The 1954 Sir Thomas Beecham recording of La Boheme with Bjoerling and Victoria de los Angeles remains the gold standard. Bjoerling died at 49 of heart related issues, reportedly not related his predilection for the bottle. 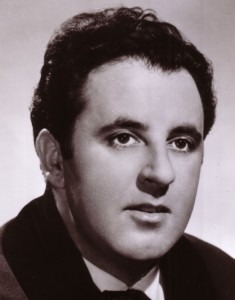 Carlo Bergonzi (1924-2014) was one of the most visible spinto tenors in the latter half of the 20th century. Possessing a beautiful tenor with baritonal qualities, he successfully portrayed many of the main Verdi and Puccini roles, until making his mark promoting lesser known Verdi operas such as I due Foscari, Giovanna d’Arco and Luisa Miller. These form the backbone of his extensive discography. Before the advent of the late 20th century superstar tenors, Bergonzi most perfectly encapsulated what it meant to be an Italian spinto tenor: his voice was smooth, natural and unforced, yet powerful and passionate. His diction was precise, his phrasing and legato impeccable, and his vocal positioning was exemplary, avoiding any tremolo or bathos. He was a coveted partner for many of the leading sopranos of his age: Maria Callas, Renata Tebaldi, Renata Scotto, Leontyne Price, Raina Kabaivanska. After a late (at age 76) and ill-advised attempt at Verdi’s Otello he retired from the stage and focused on teaching and running an inn and restaurant. Based in Busseto near Verdi’s birthplace, it was named I due Foscari: very appropriate for one of the finest Verdian tenors of the 20th century.