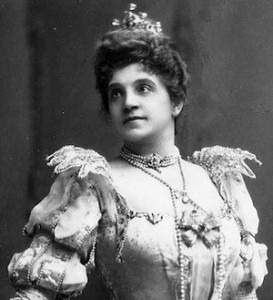 When we talk about giants among the female Lieder interpreters of the 20th century, we really must start with the great Polish soprano Marcella Sembrich (1858-1935). Sembrich performed for Liszt, and after studying in Vienna and Milan, secured long-term contracts at Dresden and the Royal Opera House in London. She first appeared at the Metropolitan Opera New York in 1883, not only singing several arias but also playing two movements of a violin concerto by de Beriot, and a number of piano studies by Chopin! Sembrich was the first operatic star who gave Lieder recitals around the world. And as you might have guessed already, she frequently accompanied herself on the piano. One of the finest sopranos in history, Sembrich had impeccable technique and a superb lyrical singing style. She produced a pure, almost elemental and melodious sound, and her Lieder repertoire consisted not only of Schubert and Schumann, but also of Wolf and Richard Strauss, at her time contemporary composers. 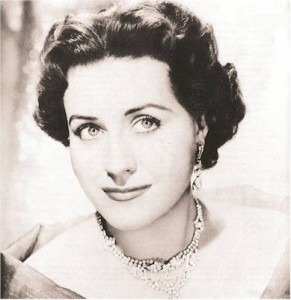 Prussian born singing sensation Lotte Lehmann (1888-1976) made her operatic debut in Hamburg, in 1910. And when she joined the Vienna Court Opera in 1916, she quickly established herself as one of the company’s brightest, and most beloved stars. She featured in a number of world premieres of operas by Richard Strauss, and eventually had 93 operatic roles across the repertory at her command! Away from the operatic stage, Lehmann sung Lieder throughout her European career, and concentrated on the genre after immigrating to the United States. Lehmann was the first woman to perform and record the complete Winterreise of Schubert, and she even painted individual watercolors to accompany each song. Lehmann was one of the most distinctive and passionate singers of the 20th century. Her ability to create character through the simplest and most direct means allowed her to superbly connect to her audience via unmatched musical interpretation and expression. 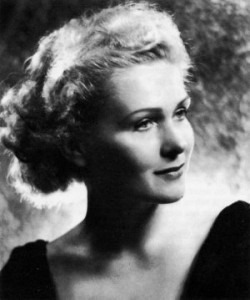 Elisabeth Schwarzkopf (1915-2006) has certainly been in the thick of an ongoing political discussion regarding her membership in the Nazi party. Whether professional necessity or active participation, it certainly casts a shadow over what Herbert von Karajan considered, “potentially the best singer in central Europe.” The Boulevard press happily jumped on the bandwagon and simplistically declared, “sensational voice, beautiful face, seriously unpleasant human being.” Yet when it comes to the Lieder genre, her ability to convey moods, details, weight of voice and changes of tone, remains virtually unrivalled. There was nobody better interpreting the songs of Hugo Wolf. “The thought and the art are so marvelously exact that one wants to call them calculated, which immediately suggests something unfeeling and insincere; yet this is self-evidently absurd, for insincerity, like sentimentality, betrays itself by inexactness and distortions. What one has in Schwarzkopf is a high degree of awareness – of colors and styles, and of the existence of choice.” Whatever else Schwarzkopf might have been, she was one of the supreme singers of the 20th century.” 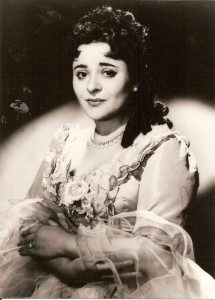 Although the German term “Lieder” defines the genre, a substantial number of Lieder have been composed in other languages. And one of the generational voices of the 20th century belongs to the Spanish soprano Victoria de los Angeles (1923-2005). Her honey-sweet lyrical voice and beguiling expressivity earned her a devoted following over a long career. For sheer loveliness of timbre, affecting sensitivity, elegance of line and utter ease in florid passagework, de los Angeles was virtually in a class of her own. By her own admission, she was not an intellectually probing artist but at her best an exquisite, unmannered and deeply communicative singer. Determined to guard the privacy of her private life, de los Angeles suggested that her instinctive approach to singing was a direct result of her nationality. “We are a people that sing naturally,” when we have a sorrow, it is a wonderful sorrow.” 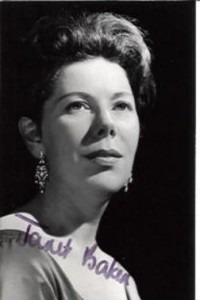 And here we are again! After making four selections, for which most music lovers will hopefully have at least sympathy, I am faced with the dilemma of coming up with one more choice from a huge number of talented and exceptional female Lied interpreters. The lists of possible contemporary choices are endless, yet for me personally there is only one name that set them all on what might be called a modern way of singing Lieder. And that name is Dame Janet Baker (1933-). Her personal passion, dramatic intensity, radiant expression, and total absorption in what she was singing provided the foundation for subsequent generations of female interpreters. The utterly personal quality of her voice rang out with tonal purity, and clear lines and immaculate diction and understanding of the text made her interpretations highly personal. Her Lieder performances are not miniature operatic performances but offer genuine and true human reality!