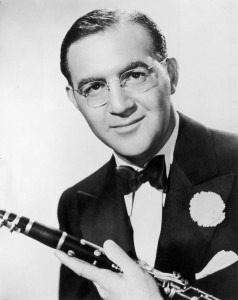 It is not an enviable job to create a list of great players of an instrument that is so versatile, one that has changed so much even in the last 100 years. These Musical Giants of the clarinet have been chosen for their legacies, their impact and reputation, and, of course, their playing. There will perhaps be discrepancies and disagreements, but read on and discover some of the most influential clarinet players from the last century, the modern day Stadlers and Mühlfelds…

Let us begin with the clarinettist who straddled genres, crossed boundaries and had a great time whilst doing so: Benny Goodman (1909-1986). Without Goodman we’d have no Copland Concerto, Bartók Contrasts, or Poulenc Sonata – and for an instrument with a core body of repertoire as small as the clarinet’s, we clarinettists have a lot to thank Goodman for. Although primarily a jazz musician, it was an insatiable interest in classical music that led Goodman to release recordings of several classical pieces, including the Mozart Concerto and Quintet.

Goodman was an all-round pioneer – he was the first jazz artist to play Carnegie Hall with his swing band, and went on to return to this iconic venue to give the premieres of the Poulenc Sonata and Contrasts. Goodman left his stamp in his recordings, integrating his jazz-based sound into classical works, the most notable being perhaps Copland’s Concerto, written for him in 1948. From the lyrical opening section to the joyous cadenza, through the frenetic finale with arpeggios whizzing through the air, this was a piece clearly written with Goodman in mind, and which is now one of the core concerti of the clarinet repertoire. 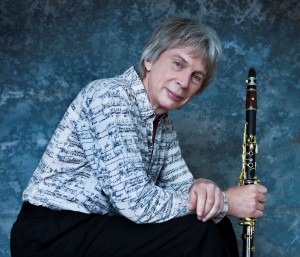 A student of Goodman’s, American clarinettist Richard Stolzman (b1942) grew up around jazz, surrounded by the melodies and rhythms of the dance bands in which his father played. Like Goodman, Stolzman draws influence from many different musical styles, having collaborated with artists ranging from Yo-Yo Ma and Emmanuel Ax, to Chick Corea and Wayne Shorter.

Whilst not leaving as large a legacy of commissions as Goodman’s, Stolzman is the dedicatee of one of the most iconic pieces of twentieth-century clarinet music. Steve Reich wrote New York Counterpoint for Stolzman in 1985, a fifteen-minute piece for ten recorded clarinets and one live player, a landmark also for Reich, the work marking another development in his ‘phase music’, something that would define the composer’s reputation for years to come. 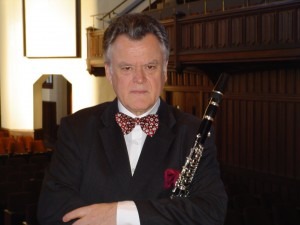 If there’s one performer who (in my humble opinion) epitomises the German clarinet sound, it’s Karl Leister (b1937). Undoubtedly having defined a generation of clarinet playing, his sound has been described as ‘smooth, delicate’ and ‘beautifully controlled’, and this unmistakable tone can be heard in any one of his numerous recordings.

Leister was a member of the Berlin Philharmonic from 1959 until 1993. During his time there, he was a founding member of the Berlin Phil’s wind ensemble, and the Berlin Soloists, with whom he has recorded works such as the Beethoven Septet, Mozart’s wind serenade Gran Partita, and Brahms’ Clarinet Quintet. Still now Leister is invited to major festivals around the world, and continues to teach at the annual Karajan Academy for gifted young musicians. 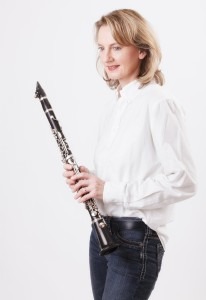 Another great German clarinettist, Sabine Meyer (b1959), hasn’t been around for quite as long as our other guests in this hall of fame, but her impact on the international scene continues to be felt to this day.

After a brief period as principal clarinet with the Berlin Philharmonic, she left to pursue a highly successful solo career. She has since appeared on stages all over the world, with orchestras including the Chicago Symphony Orchestra, London Philharmonic Orchestra and the Vienna Philharmonic. As a chamber musician, she notably founded the Trio di Clarone in 1983 with her brother Wolfgang Meyer, and husband Reiner Wehle (whose own book of clarinet technique still regularly gets yanked off the shelf whenever I’m feeling a bit rusty).

She was appointed professor of clarinet at the Lübeck Hochschule für Musik, a post which she still holds to this day. 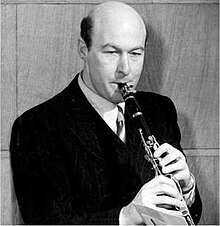 One of the most well-known postwar British clarinettists, Jack Brymer (1915-2003) was known for his unmistakeable soft, mellifluous tone. While not to everyone’s taste, his highly distinctive sound was picked up on by Sir Thomas Beecham, who invited Brymer to join the newly-founded Royal Philharmonic Orchestra in 1947. Brymer stayed there until 1963, when he moved to the BBC Symphony Orchestra, and later the London Symphony Orchestra. Despite retiring from the LSO in 1986, the LSO gave 70th and 75th birthday concerts to Brymer, perhaps showing the regard with which his playing was held.

Brymer is the author of a still widely-read book, a comprehensive guide to clarinet playing. My professors at music college would speak very highly of this book, its teachings remaining as relevant as ever today.