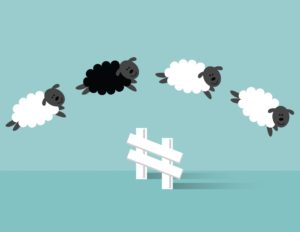 In times of medical quarantine and government lockdowns, our stress levels can go through the roof. And that’s a particularly nasty problem when it comes to falling and/or staying asleep. We’ve all spent nights of restless tossing and turning with worry, anger, grief and other important emotions while trying to count sheep. And it’s a vicious cycle, as sleep deprivation in turn fuels additional stress and irritability. Luckily, music can once again come to the rescue. Even infants, we are told, are active listeners. Maybe that’s why particular performing styles associated with maternal singing have been so popular in classical music. We know them as lullabies, and to help as get to sleep easier, let’s get started with one of the most famous examples. Brahms actually wrote it for the son of an old flame, and Eduard Schütt wrote a tender and sometimes emotional piano paraphrase on that lullaby.


The most famous classical musical story about extended bouts of insomnia belongs to Count Kyserlingk. You might not know his name, but he hired Johann Gottlieb Goldberg to play some clavier pieces for him during his sleepless nights. The story goes that the Count once mentioned in the presence of J.S. Bach that he would like to have some clavier pieces for Goldberg, and Bach responded with a set of 30 variations on an aria. We don’t know if the Count actually managed to fall asleep during the Goldberg Variations, but we do know that they remained his favorite composition. Wonder if he would have liked the arrangement for strings and continuo?


In 1922, Maurice Ravel was experiencing some emotional and creative difficulties. His emotional equilibrium had been seriously compromised, and he had lost much of his physical and mental stamina. To celebrate the 77th birthday of his teacher Gabriel Fauré, Ravel was asked to compose a piece of music. Addressing his own insomnia, Ravel completed his Berceuse sur le nom de Gabriel Fauré. In the event, Fauré was overjoyed and wrote, “ It is a source of joy and pride for your old professor…” 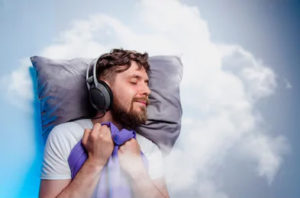 Franz Liszt wrote an instrumental lullaby for the marriage of the Austrian empress Elisabeth in 1854. Not sure about the subtext for this one, but Liszt writes, “The thing ought properly to be played in an American rocking-chair…so that the player may, willy-nilly, give himself up to a dreamy condition, rocked by the regular movement of the chair rhythm.” Seems like he really hoped that the empress would enjoy a good night’s sleep, as the highly meditative and peaceful work forgoes almost all sense of virtuosity.

George Gershwin grew up as the son of seriously poor Jewish immigrants. He frequently went to bed hungry, and reports waking up in the middle of the night from a grumbling stomach. Unable to sleep, he started writing down melodies in a tune book, which he carried religiously with him wherever he went. And one of these insomniac tunes was eventually scored for string quartet and titled “Lullaby.” It also became the opening of his one-act-opera Blue Monday.


Robert Schumann composed over 260 songs for solo voice, but only 30 duets. The final song in a set of four duets for soprano and tenor is headed “Lullaby by the bed of a sick child.” Set to a poem by Friedrich Hebbel, the music mimics the anguished cries of the sick child, while the parental comfort unfolds in a rocking rhythmic motive.


When it comes to writing gently rocking pieces invoking the peaceful, and sometimes romantic sentiments of the night, nobody can hold a candle to Fryderyk Chopin. It was the Irish composer and pianist John Field who first published solo piano compositions specifically designated “Nocturne.” Nevertheless, it was Chopin who eventually came to own this genre with a total of 21 compositions under this specific title. And if you don’t manage to fall asleep while listening to some of these exquisite musical jewels, I am sure you can think of something else to do!


Mozart, for me, is probably one of the most reassuring composers. When I listen to his music, I instinctively know that things will work out in the end. His “Nachtmusik” serenade was not supposed to put his listeners to sleep. Rather, it set the mental framework for an eventual restful evening and night. Time to stop counting sheep and listen to a bit of Mozart instead. Stay healthy in body and spirit.