“Harmony cannot fail to rule over their household.” 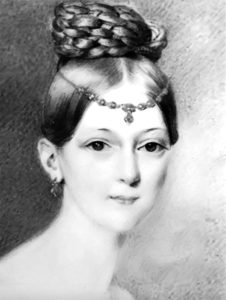 On 19 April 1833 the musical magazine Bohemia published the following review of pianist Josephine Eder (1815-1868): “She treats the light and difficult parts with the same certainty, combines taste and delicacy, just as the composition requires. She even masters those parts where everything seems to be completely left to feeling with the most commendable prudence. Her playing is characterized by an exquisite flow without ever losing its effective contrasts.” Daughter of the composer Philipp Eder, Josephine was a child prodigy who took piano lessons from Carl Czerny. From 1829 she gave regular concerts in Vienna, and accompanied by her mother, went on an extended concert tour through Austria, Hungary and Germany. She had also taken harmony and composition lessons from the famed Simon Sechter, and among her classmates was probably the pianist and composer Sigismund Thalberg. In September 1833, Eder appeared in Stuttgart and performed the “Adagio and Rondo” for piano by Sigismund Thalberg, a “Phantasia” by Louis Schunke, and “Concertante Variations for piano and violin” by Henri Herz and Charles de Bériot on the “Tyrolienne” from Daniel-François-Esprit Aubers Opera The Bride. The 13-year old Henry Vieuxtemps took on the violin part in that composition. 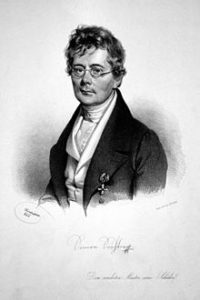 It is indeed possible that Josephine, instantly recognizing Henry’s talent, recommended that he should study harmony and composition in Vienna with her old teacher Simon Sechter. Vieuxtemps followed her advice and arrived in Vienna shortly thereafter. On 16 March 1834 he was the first performer to play Beethoven’s violin concerto after the composer’s death. The critics were unanimous, as the director of the Vienna Conservatory wrote, “You will soon become the first violinist in Europe because you combine a strong stroke of the bow, with brilliant execution, spirit, insight and an exquisite sensitivity…” And prophetically he added, “You will be the founder of a classical violin school that will be a model for all musicians.” And while Vieuxtemps also took up studies with Simon Sechter, Eder continued her performing career and appeared in the hall of the Gesellschaft der Musikfreunde in Vienna to great critical acclaim. It was her marriage to the banker and archaeologist Isidor Löwenstern that put a halt to her performing career, and Josephine withdrew from public concert life. The marriage, quite possibly arranged by Josephine’s ambitious mother, did not last and was divorced after a short period of time. Following her divorce, Josephine completely disappeared from public life. It appears, however, that Henry and Josephine did stay in touch, as they embarked on a concert tour through North and Central America in 1843/44. Aware of their puritanical surroundings, they were billeted as brother and sister. Soon after returning to Europe, however, the American Penny Magazine reports “Vieuxtemps marries Mlle. J. Eder, a celebrated pianist of Frankfort. Harmony cannot fail to rule over their household.” 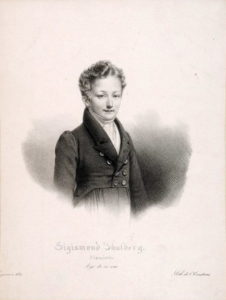 Once the couple had temporarily settled in Frankfurt, Josephine began to organize her husband’s musical and financial affairs. A contemporary lexicographer wrote, “She ran the cash register, oversaw the household and managed the assets admirably.” What is more, she not only accompanied her husband on his concert tours, she also accompanied him on the piano. The couple settled in Saint Petersburg for a good number of years, and together with the cellist Johann Gross, husband and wife formed a piano trio that regularly played in the homes of the rich and famous. Josephine gave birth to four children, but only two survived into adulthood. They returned to Germany in 1855, and by 1857/58 embarked on a grand tour of America that also involved the pianist Sigismund Thalberg. Apparently, Josephine did not appear publically, leaving Thalberg in charge of accompanying her husband while managing the financial and practical aspects of the tour. 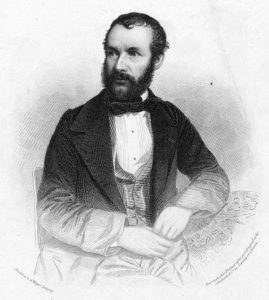 The couple continued to work on preparing new literature, and that included the five brand-new violin sonatas by the Frankfurt composer Joachim Raff. A contemporary critic reported that the couple played all Raff sonatas from memory. With tensions mounting between France and Prussia, the family moved to Paris in 1866, where the couple would perform with their daughter, the singer Julie Vieuxtemps. Josephine Eder-Vieuxtemps unexpectedly died of cholera on 20 June 1868 in the Paris suburb of La Celle-Saint-Cloud. Henry was devastated and intensified his performing schedule. He embarked on his third tour of the United States in 1870, and played 121 concerts in six months! 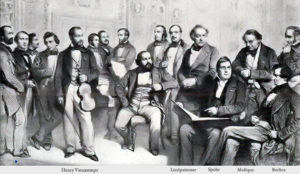 Subsequently Vieuxtemps took up his appointment at the Brussels Conservatoire, but a paralytic stroke forced him to give up performance. He recovered sufficiently to continue composing, and late in life wrote two cello concertos, a viola sonata and three string quartets. He retired to his son-in-laws sanatorium in Mustapha, Algeria, where he died on 6 June 1881 of another paralytic stroke, and not by manslaughter as some sources erroneously maintain.