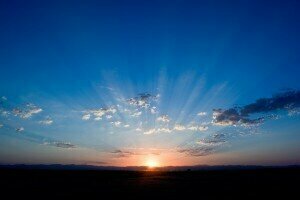 It’s interesting how some music is just perfect in the morning and other music is better for later in the day. Perhaps it’s the mix of light woodwinds in the morning and then the heavier brass at night. The interesting part is how so much of this music has become a trope – we really don’t hear Morning Mood from Peer Gynt without imagining a morning, waking-up scene.

Grieg: Peer Gynt Suite No. 1, Op. 46: I. Morning Mood
Elizabeth Maconchy’s three-movement harp piece, Morning, Noon and Night, captures both the silence of the new day and the way that cacophony comes and goes as we wake. 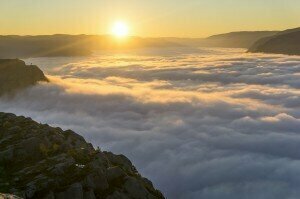 Funk Pearson: Mountain Morning
When we move out of traditional instruments and engage with synthesizers, the whole mood can change and can become more ethereal. 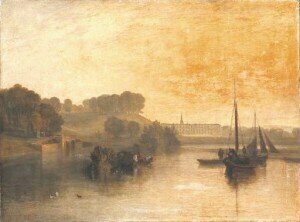 In Lecuona’s lovely ‘Good Morning’ from his Diary of a Child, he took the idea of Schumann’s Kinderszenen as a basis for this 1949 work. The first piece gives us the slow awakening and then the thrill of a new day.

Lecuona: Estampas Infantiles, “Diary of a Child” (Diario de un nino): Good Morning (Buenos dias)
In his work for piano and orchestra, Maytime in Sussex, Arnold Bax gives us a very happy morning. The story behind the work is rather lovely as well: “In 1940 as a weekend break from war-torn London, Bax stayed at The White Horse Inn, Storrington, Sussex. He enjoyed it so much that he made an arrangement with the landlord to rent a room there indefinitely; it was to become his main residence for the rest of his life. Two years later he was appointed Master of the King’s Music and Morning Song was one of the official works he composed in this capacity, a celebratory piece for piano and small orchestra to mark the 21st birthday of the then-Princess Elizabeth in 1947 which was also dedicated to her.” 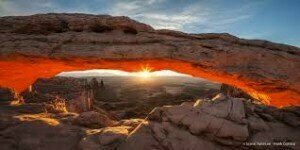 Robert Black, a founding member of the Bang on a Can All-Stars, took his double-bass out into the Moab Desert to give us a duet between himself and nature. In Part I, we are surrounded by bird song and a highly resonant bass. It’s morning, but not as we know it!

Black: Hunter Canyon: Dawn: Part 1
American composer Joseph Schwanter’s Morning Embrace sounds less like ‘morning’ than most pieces. The composer, however, insists that “The work draws its spirit and energy from the intensely vibrant early morning sunrises I experience living in rural New Hampshire. The powerful kaleidoscope of hue and color piercing the morning mist and trees provided potent imagery for my musical imagination.” 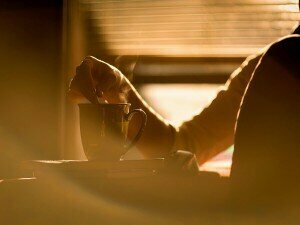 Schwanter: Morning’s Embrace
From Grieg’s mesmerizing ‘Morning mood’ to Black and Schwanter’s more vivid mornings, we have seen the dawn in many colours.

And, because we can’t have morning without coffee, we have a bit of caffeine to start the day right.