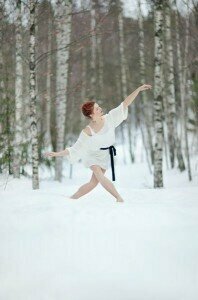 Dancing in the snow

What’s your vision of winter? Cold, snow everywhere, or simply a more temperate time of year? Is it crisp days that make your nose crinkle or soft sunshine and no air-conditioning? No matter what kind of winter you have, there’s music to fit your mood.

Tchaikovsky, stuck in the coldest north, created his first symphony on an idea that could accommodate both a cold and a warm season, his Winter Daydreams. The slow Adagio movement could be you sitting by the fire, curled into a blanket, or in a nice swaying rocker.

Tchaikovsky: Symphony No. 1 in G minor, Op. 13: “Winter Daydreams”: II. Adagio cantabile ma non tanto
In the inverted summer/winter of Argentina, Piazzolla, in his Four Seasons of Buenos Aires, gave us a winter scene with dancing. 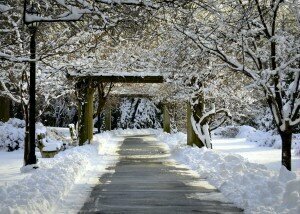 Simpson:4 Fantasia-Suites, “The Four Seasons”: No. 4. Winter: III. Galliard
Russian composers, however seem to be the ones who take us into the wrenching cold. As the chorus sings, the snow piles higher and higher. 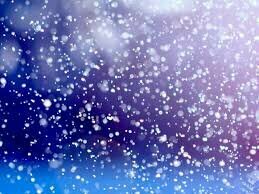 Sviridov: Sneg idyot (Snow is Falling): Snow is Falling
Leonid Desyatnikov closes his 12 months of the Russian Seasons with a look back at the year.

It’s cold, but we’re inside and we can remember the year as it was.

Prokofiev: Cinderella, Op. 87, Act I: The Winter Fairy
In his Children’s Corner Suite, even Claude Debussy included a work for the snow. As it falls, it seems to mesmerize the watcher – the light colour against the darkness of night and never stopping. 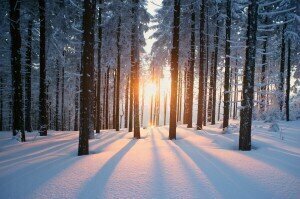 Sunset against the trees

Debussy: Children’s Corner: IV. The Snow is Dancing
British composer set a set of 4 Latin songs as The Lover in Winter for countertenor and piano. Again, he’s able to invoke a cold feeling.

Adès: The Lover in Winter: No. 1. Iam nocet frigus teneris
But perhaps we should close as we started, with a bit of Tchaikovsky. His famous ballet The Nutcracker remains for many people the definition of the winter season. It’s Overture, seeming to mix both the falling snow and the scurrying people preparing for the season captures so much of winter.

Tchaikovsky: The Nutcracker: Act I: Overture