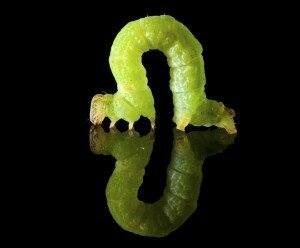 Bugs and music – hmm, not as common as birds, but then when you start to think about it, they start to creep up on you.

Probably the first piece of bug music you might have learned was Frank Loesser’s Inchworm, brought to the silver screen in the movie Hans Christian Anderson. The song, done against the minor counterpoint of the children stuck in school learning their multiplication table, has always seemed slightly sad. Here’s a fact: the inchworm later grows up to become the Geometer (Earth-Measurer) Moth.

Happier bug music was in Rimsky-Korsakov’s opera The Tale of Tsar Saltan. At the end of Act II, the Tsar’s son, Prince Gvidon, is changed to a bee so that he can fly to his father and let him know he’s alive. Later in the opera, our friendly bee stings the evil sisters, and causes general mayhem. 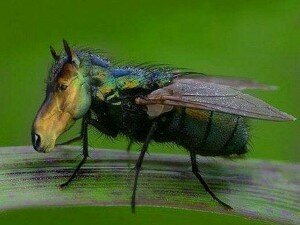 Rimsky-Korsakov: Tale of Tsar Saltan, Op. 57: Flight of the Bumblebee (Seattle Symphony Orchestra, Gerard Schwarz, cond.)
Ralph Vaughan Williams also took up the buzzy-ness in his overture to his incidental music for a 1909 production of Aristophanes’ The Wasps.

Vaughan Williams: The Wasps: Overture (Hallé Orchestra; Mark Elder, cond.)
Edvard Grieg brought us close to nature in his Norwegian Folk Songs and Dances, with his piece on The Horsefly and the Fly. 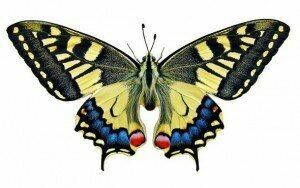 Grieg: 25 Norwegian Folk Songs and Dances, Op. 17: No. 17. Kleggen og Fluga (The Horsefly and the Fly) (Eva Knardahl, piano)
Grieg also gave us a much different kind of bug in Butterfly.

Grieg: Lyric Pieces, Book 3, Op. 43: No. 1. Butterfly (Einar Steen-Nøkleberg, piano)
John Person perfectly captures that point in time when bugs are all too much – buzzing in your ear, whizzing around your head, making that NOISE! 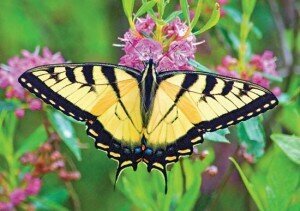 Cojocaru: Insects, Bugs and Other Species (Ensemble Clarinettissimo)
Roger Cichy wrote an entire six-part work on Bugs, including movements on the Dragonfly, the Praying Mantis, the Black Widow Spider, the Tiger Swallowtail, and the ever-moving Army Ants. It is the Tiger Swallowtail we’ll listen to – beauty in motion.