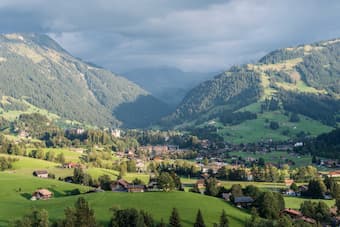 “The hills are alive with the sound of music” is a verse taken from a well-known Rodgers and Hammerstein’s song in the 1965 Hollywood movie “The Sound of Music”. At the opening scene, Julie Andrews made her first appearance twirling while singing in an alpine meadow against the backdrop of snow-capped mountains. For me, it aptly portrayed the quintessential image of “making music in the mountains”. Having made my home in the breathtaking mountains of Whistler, British Columbia, Canada for over 30 years, I can totally resonate with the above notion of integrating exquisite music with spectacular nature. To ski or roam the mountains all day then practice an instrument or listen to music all night definitively constitute a picture of ultimate luxury.

Thanks to the pandemic, I was fortunate to have had the opportunity to appreciate world-class music from afar, via live-streaming in the seclusion of my sanctuary. This is how I was introduced to the concerts, master classes and interviews provided digitally by the Gstaad Menuhin Festival and Academy, the epitome of excellence in presenting music. Particularly impressive were their intimate concert settings in picturesque venues, the breadth and depth in programming, diversity in musical genres, and meticulous execution by the management team.

The Gstaad Menuhin Festival is one of the most prestigious music festivals in Europe, and one with a storied history. Founded in 1957 by the legendary violinist and conductor Yehudi Menuhin, it is located in the scenic Swiss Alps, where the maestro established his family’s residence. Apparently, the allure of the mountains, their vastness, ambiance and physical beauty combined with sophistication of the German-Swiss culture and a high standard of international education were strong magnets that enticed Menuhin to settle in Saanen, Switzerland, hence eventuated the birth of the iconic festival. 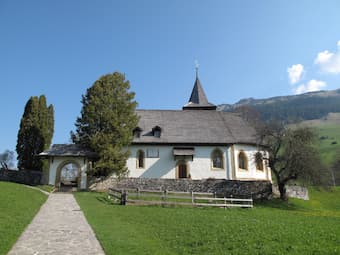 This annual event features 65 concerts through the course of 7 weeks in the summer, with dazzling performances by the most sought-after artists appearing in solo and chamber music recitals, held at some of the most beautiful churches in the vicinity. Amongst the most recognized names showcased in the 2022 programme are: Avi Avital, Renaud Capuçon, Juan Diego Flórez, Sol Gabetta, Bomsori Kim, Patricia Kopatchinskaja, Jan Lisiecki, Sabine Meyer, Andreas Ottensamer, András Schiff, Grigory Sokolov and Daniil Trifonov, to name a few. As for large scale performances, one can find great fanfare in the Gstaad Festival Tent (which has a 1,800 audience capacity) delivered by the professional festival orchestra, amateur orchestra and youth orchestra, interpreting brilliant repertoire under the leadership of eminent conductors such as Jaap Van Zweden. As well, the audience will be spellbound by opera productions (in concert versions) starring celebrities like Jonas Kaufman, touched by choral music by RIAS Kammerchor Berlin and the Wiener Sängerknaben – a boys’ choir, swing with popular themes – “Alpine Music for Wind Instruments” and “Timeless Viennese Waltzes”, and finally, energized by innovative concepts – “Bernstein meets Beethoven” and “Breakin’ Mozart – Klassik meets Breakdance”.

In line with Menuhin’s philosophy, the festival has inherited a strong educational commitment. Promising young talents are scrupulously selected from an enormous pool of applicants to be mentored by venerable experts at the Academy’s 5 exclusive programs (conducting, strings, piano, voice, Baroque). Daily masterclasses are open to the public, and Academy attendees are scheduled to perform in recitals every afternoon in a “Concert for All” (“L’Heure Bleue”) series, where audiences of all ages and assorted backgrounds are welcome. They are allowed to come and go as they wish – an ideal situation for families.

Last but not least, apprentices in the conducting Academy, who are expected to receive exceptionally vigorous coaching throughout the course, are offered the distinguished privilege of conducting orchestral performances during the festival, with some making their debuts.

All in all, the public is guaranteed a most comprehensive and gratifying experience, prompting many participants to return year after year. Performing musicians often invite their friends and colleagues to join them at future festivals, to collaborate in chamber music or projects, celebrating the idea of “making music in the mountains with friends”. 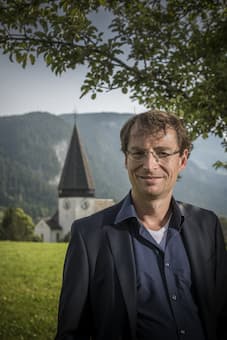 Not surprisingly, the demographics of the audience is primarily German Swiss, with 20% to 30% French Swiss, and the remainder from neighbouring countries. According to Christoph Müller, Artistic Director, the festival programme is intentionally diversified to cater to a wide variety of tastes. He indicated that he has full autonomy in the conceptualizing and strategizing process, based on his valuable and extensive experience in the music management arena. With him at the helm for 20 years, the festival has thrived considerably, and contributed positively to the local tourism industry. With the generous exposure of the Gstaad Digital Festival, its international outreach would be increasingly far-reaching and momentous for years to come.

As I imagine myself nestled in historic architecture amidst magnificent mountains, surrounded by kindred spirits – ardent music devotees, paying tribute to the genius of gifted musicians, and afforded unlimited space and limitless freedom to explore culture and nature, I ponder over Menuhin’s vision, and came to realize why his festival stood out among so many of its kind, and how it had managed to flourish for so many years. This year (2022) is the Gstaad Menuhin Festival’s 66th anniversary. A long anticipated theme, “Vienna – Beethoven Delayed 2022” (15th July to 3rd September, 2022) will prove to be immensely fascinating and profoundly meaningful.