After his graduation from Manchester, British composer Peter Maxwell Davies’ first position was with the Cirencester Grammar School. In his three years there, he wrote a number of works for their orchestra, the first of which was his 1959 work Five Klee Pictures. The work was lost, but then a set of parts was found in 1976 and Maxwell Davies took the opportunity to revise the work. He upgraded it from a work for a specific school orchestra to one for more standard orchestral setup.

The five Klee pictures presented the students with works that challenged them like no other works for school orchestra. They have an intellectual power that’s gratifying to student with musical talent and, at the same time, are playable by the whole group. A serious analysis by fellow-composer Oliver Knussen points out some of the structural elements used by Maxwell Davies. These foreshadow his future important works.

Paul Klee’s 1929 cubist work Ein Kreuzfahrer (A Crusader) was the inspiration for the first movement. In Knussen’s analysis, he sees the Maxwell Davies’ work as a ‘constructivist march.’ The work is based on groups of 12 notes, with the number of percussion beat increasing from one to twelve ’alternating with orchestral chords decreasing from twelve to one.’ This kind of writing is modern and clear but not what’s expected for a school orchestra at the time! 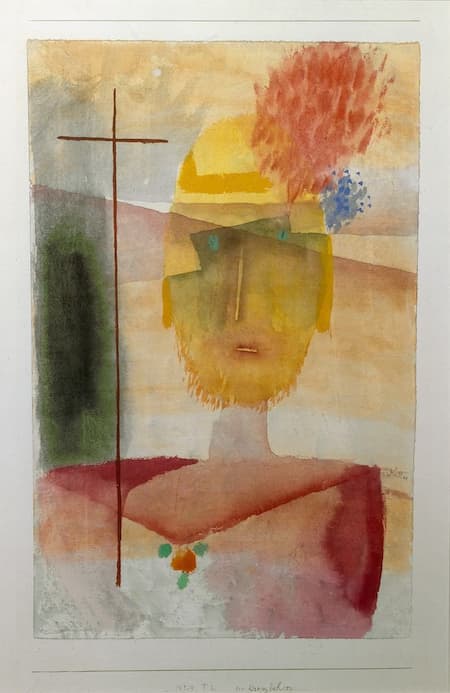 
Oriental Garden, another cubist work by Klee dating from 1939, is set by Maxwell Davies as a kind of Middle Eastern–style lament. The key interval is the tritone, F to B, which is filled in by the solo oboe. Below it, another tritone, G to D, is played on low clarinets. Just as Klee’s picture is one of walls and doorways, steps and windows, palm trees and other trees, so Maxwell Davies matches his two ideas. 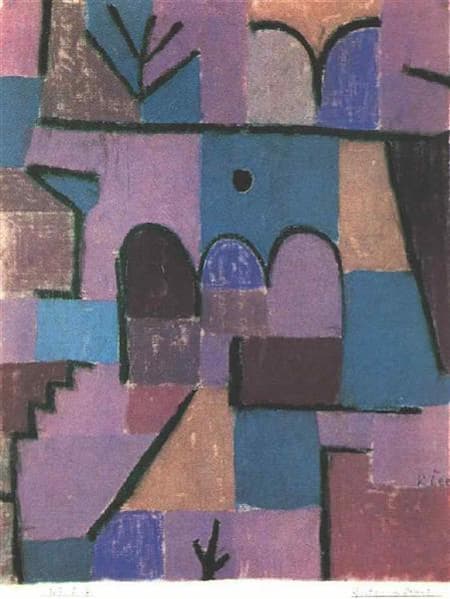 
One of Klee’s best-known pictures, Twittering Machine (1922), drives the third movement. Just as in the second movement, two different tritones are the basis of the work, but with the added detail that the two chords are a minor third apart, creating a diminished-seventh chord. Knussen adds that the diminished 7th was a particular favourite of silent-film pianists. He sees the work building to a Keystone Cops/Nightmare/Bad Jazz texture. There’s an ostinato pattern that’s repeated 14 times over which the winds and percussion play, often in an improvisatory way. Flutes and the upper strings come in and add to the ‘pile-up climax.’ In Klee’s watercolour, birds are attached to a turning arm that bring them up and down. Maxwell Davies seems to imagine the arm turning faster and faster. 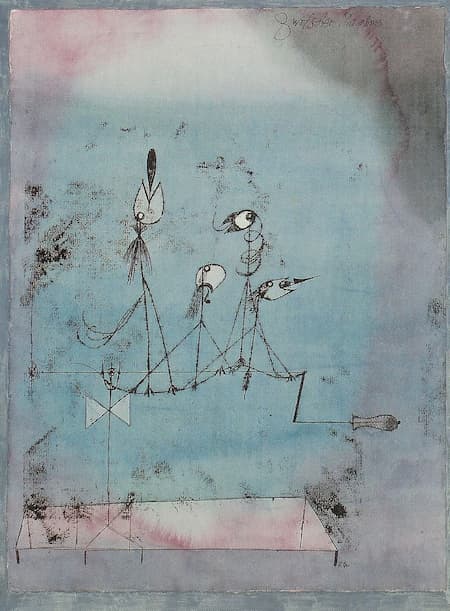 
The fourth movement, Stained-Glass Saint, brings Maxwell Davies into a miniature Mahlerian slow movement. A long melody, first in the oboes then violins, gradually rises to a climax and then abruptly recedes. At the climax of the set, a bird-call is introduced (which Maxwell Davies would use later in L’Homme Arme and Eight Songs for a Mad King). The long buildup to the bird call was seen by Knussen as ironic but also characteristic of Maxwell Davies’ work. Unfortunately, there’s no Klee work with the name Stained-Glass Saint, but a work such as Klee’s 1922 cubist painting Senecio or Head of a Man Going Senile might be indicative of what Maxwell Davies was thinking about. 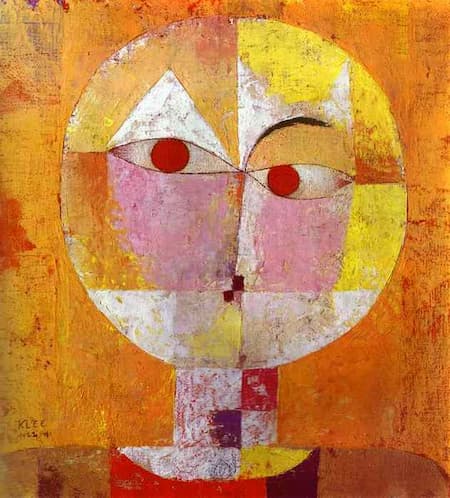 
The work closes with Ad Parnassum, a pointillism piece from 1932. Just as the painting’s central pyramid dominates the image, so does Maxwell Davies’ structure build on a stepwise ascending idea. Each new pitch is at a successively smaller note value (used later in his O Magnum Organ Fantasia). Short sharp noises played on the inside of the piano case add bright sparks and, as we approach the top, the brass make their own ‘chorale-like pronouncements.’ The work ends with a coda ‘consisting of an imperious retrograde canon for two trumpets over intensifying string tremolandi, and a single massive tutti chord at the end.’ This coda appears to have been newly written for the 1976 revision and yet, provides a satisfying ending not only for this movement but for the entire work. 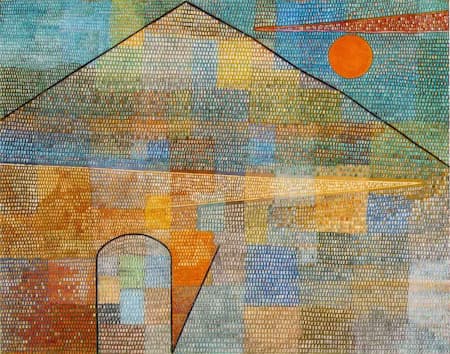 
This work took youth orchestra repertoire out of the simple straitjacket it had been confined to for decades and moved it to the modern sound. Nothing in the repertoire for school orchestra through the 1950s had this kind of sound and in exposing children to modern music rather than the older simplistic repertoire, it could only benefit modern audiences.