Every year millions of visitors to the city of Salzburg eagerly make their way to Getreidegasse No. 9. Leopold Mozart and his family lived at that address for 17 years, and famously Wolfgang Amadeus and his sister Nannerl were born at that location. The Mozart family lived on the third floor, and the apartment consisted of a kitchen, a small chamber, a living room, bedroom and a study. 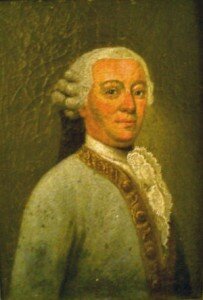 The entire building belonged to the merchant and grocer Johann Lorenz Hagenauer, who developed a close friendship with the Mozart family. His children received music lessons from Leopold Mozart, and the Hagenauer and Mozart children performed together on various occasions. In fact, Hagenauer financially supported the first musical journeys of the Mozart family. In addition he wrote numerous letters of introduction, and much of the information about Wolfgang’s early travels comes from letters written from Leopold Mozart to Hagenauer.

On 2 June 1763 the Mozart family arrived in Munich, and Leopold wasted no time in parading Wolfie. They quickly announced themselves to Maximilian III, Elector of Bavaria. The Elector was musically talented and a fine performer on the violoncello. In addition, he also composed church music and the Mozart’s had already performed before him in January 1762. 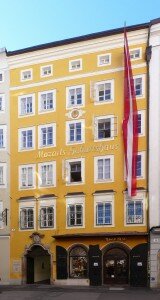 Leopold writes to Hagenauer, “To be brief, Wolferl was a great success. The Elector said twice that he was sorry not to have heard my little girl since the boy alone took up most of the concert extemporizing and with playing a sonata for violin and clavier. Two ladies sang and then the concert was over.” Leopold was given a gold watch, and he quickly complained “I shall be glad if I receive what I have had to spend here and shall probably require for the onward journey to Augsburg.” Subsequently the Mozart family traveled to Ludwigsburg, Mainz, Frankfurt, Coblenz and Aachen before arriving in Brussels on 4 October 1763. In each of these places the children either performed at court or gave public concerts.