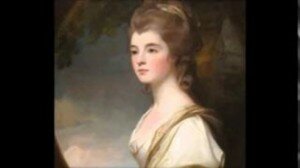 Mozart was incredibly successful in his appearances as a virtuoso at concerts in Vienna. Concerts were traditionally held during Lent, as all the theatres were closed. They were primarily held in private houses belonging to the aristocracy with invitations usually issued by subscription only. Mozart’s first subscription was held in 1782 and he subsequently joined forces with Philipp Jakob Martin, a native of Regensburg who had studied at the Jesuit Seminary in Munich. Mozart considered him “a very worthy young man who is trying to make his way in the world through his music, through his elegant writing and generally through his ability, intelligence and sound judgment.” Martin founded a society of amateur musicians who met every Friday, and he received a charter from the emperor to organize 12 concerts in the Augarten. 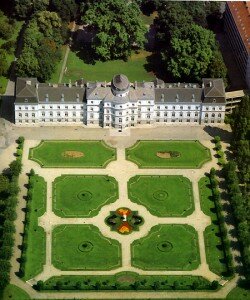 The Augarten was a park restored by Joseph II, who opened it to the public in 1775. Above the gate was the famous inscription, “Place of public entertainment dedicated to all mankind by one who values it.” The concerts organized by Martin were promenade concerts and Mozart writes on 25 May 1782. “Our first concert takes place at the Augarten tomorrow.” After going through the list of invitees we learn about the program. “There’ll be a symphony by van Swieten and one by me, and an amateur singer, Mlle Berger will sing; a boy by the name of Türk will play a violin concerto and Fräulein von Auernhammer and I will play the concert in E flat for two pianos.” Josepha Barbara Auernhammer (1758-1820) studied with Mozart from 1781, and she fell head over heels in love with her teacher. Mozart described her jokingly as “a monster, but she plays delightfully although she lacks the genuine fine and lilting quality of cantabile; she plucks too much.” We do know that this first concert was well attended, with an audience that included the Archduke Maximilian, Countess Thun, Countess Marie Elisabeth Waldstein, Baron van Swieten and many other music lovers. In the event, the Augarten venue turned out to be not entirely satisfactory and Mozart never played there again.