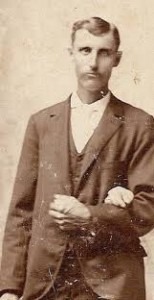 Johannes Brahms was an uncompromising perfectionist. He destroyed a good number of manuscripts he used for working out compositional ideas, including sketches and rejected or incomplete pieces. And that included a dozen large-scale works! He submitted his compositions for advice from musicians and amateurs he most respected, and in the end ignored most of it. Brahms said that prior to publishing his first string quartet, he had already composed 20 string quartets that have now disappeared. Particularly in his youth, Brahms was prolific in burning his early works. The manuscript of the Sonata for Piano No. 1, published as Opus 1, is titled “Sonata No. 4.” However, the path of destructive self-censorship continued well into his maturity. In 1880, he played two new trios for Clara Schumann. She preferred the one in E-flat major, so Brahms burned it! Scholars have suggested that only about one third of Brahms’s compositional output has survived!

So everybody got hugely excited when the musicologist Ernst Bücken of Cologne University found a manuscript—in the hand of an unknown copyist—among the papers of Dr. Erich Prieger. Prieger was a renowned music collector in Bonn, and we do know that Brahms spent part of the summer of 1853 in that city. Although the title page was missing, Bücken relied on internal evidence to suggest that the unknown Trio was the work of Brahms. 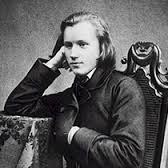 For one, the work has substantial similarities with the Opus 8 Trio composed around the same time, and we do know that Brahms was in the habit of writing works in pairs. As such, Bücken attributed the work to Johannes Brahms, and the Piano Trio in A major was first published in 1938. Since it is rather difficult to assign musical authorship on purely stylistic grounds, the attribution was predictably challenged, and Brahms’s friend Albert Dietrich was suggested as a possible composer. If the work belongs to Brahms at an early stage of his development, or was composed by somebody within Brahms’s circle who never rose to prominence will surely be debated for some time to come. Interlude is interested what you think! Is it Brahms or not? Please let us know!