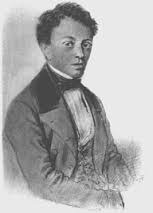 Chopin arrived in Paris in the middle of September 1831, and quickly struck up a close friendship with the cellist and composer Auguste Franchomme. Franchomme was the appointed court cellist who held first chair in several Parisian orchestras, and at age 20 was one of the founders of the Conservatory Concerts. He also dabbled in composition, and during his long career a number of important composers wrote concertos and other pieces for him. Two months after Chopin’s arrival in Paris the Opéra gave the premiere of Meyerbeer’s opera Robert le Diable. The immediate success of the opera was breathtaking! It was considered a “remarkable work in the history of art,” and it placed Meyerbeer at the head of European opera composers. Richard Wagner delighted in the “almost sinister and deathless atmosphere,” and Frédéric Chopin, who was in the audience during the premiere wrote, “If ever magnificence was seen in the theatre, I doubt that it reached the level of splendor shown in Robert… It is a masterpiece…Meyerbeer has made himself immortal.” Every pianist in Paris, from Thalberg, Herz, Adam, Kalkbrenner to Liszt turned to this opera for transcriptions, variations, fantasies and other derivative works. Not to be outdone, Chopin teamed up with Franchomme to create and perform the Grand Duo Concertant in E major. 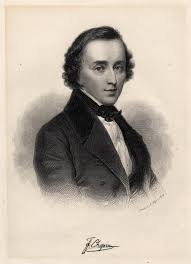 Following a slow piano introduction, the work canvasses the “Romanza” and the chorus “Non pieta” from Act 1, and the aria “Le mie cure ancor dei cielo” from Act V. The Grand Duo initially proofed rather popular, and it attracted the attention of the Parisian publisher Schlesinger. He agreed to publish all of Chopin’s previous and future works, thereby assuring a secure financial future for the composer. Chopin and Franchomme remained close friends throughout. Franchomme helped Chopin to assemble a thematic catalogue of his compositions, took him to his relatives in the country for convalescence, and eventually looked after Chopin’s financial accounts. And at the very end, Franchomme served as a pallbearer at Chopin’s funeral.