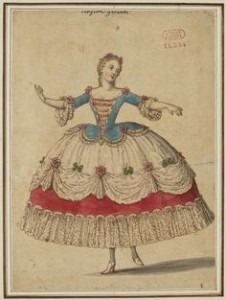 After crisscrossing Europe in an almost desperate search for gainful employment, Wolfgang Amadeus Mozart was eventually appointed official court composer in Vienna. The director of the court’s financial department explained that the appointment was made “simply in view of the fact that such a rare genius in the field of music should not have to seek his bread and butter in foreign countries.” The court did not ask Mozart to write operas, symphonies or chamber music, but merely required him to compose dance music for the court balls. Mozart took these commissions very seriously, but then he had already written a huge number of dances for other occasions and locals. In 1778, for example, Mozart revisited Paris and attempted to obtain an opera commission. As usual, his appeal was not successful, however, the influential dancer and choreographer Jean-Georges Noverre asked him to compose music for a ballet. 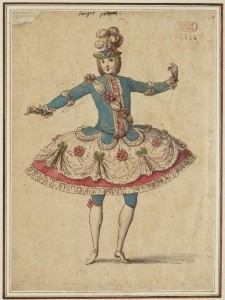 Les petits riens (The Little Nothings) was to be danced as an interlude to a new opera by Niccolò Piccinni, and Mozart alongside a couple of other composers went to work. “To this day, we are not quite sure which of the 20 pieces Mozart did not write, but we know with certainty which ones he did compose.” Sensibly, present recordings only include the 12 dances securely attributed to Mozart! It all kicked off at the Academie Royale de Music in Paris on 11 June 1778, but regrettably, the work only received a total of six performances. Pretty depressing all around, Mozart received no further commissions, and for some reason Noverre forgot to pay him as well. To add insult to injury, Noverre even put his own name to the ballet music! The score was thought lost, but fortuitously rediscovered in the Paris Opera archives in the late 19th century.