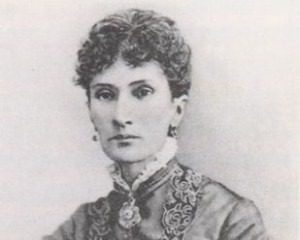 In 1876, Nadezhda von Meck—widow of a fabulously wealthy railroad proprietor—first encountered the music of Pyotr Illyich Tchaikovsky. This initial musical encounter quickly developed into a relationship of musical patronage that would last the better part of 14 years. Von Meck supplied the composer with a steady and substantial yearly income, yet insisted that their relationship avoid all personal contact. As a result, their association was entirely maintained through correspondence, and when they accidentally ran into each other on two occasions, both hurriedly fled into opposite directions. This affiliation, in which they treated each other as idealized and depersonalized figures, provided them with a physically remote but emotionally forthcoming and fruitful interaction. In their extensive correspondence, they openly discussed politics and foreign affairs, and unabashedly disclosed intimate personal details, excepting of course, matters of a sexual nature.

In a letter dated 22 June 1888, Tchaikovsky expressed his heart-felt frustration over his waning musical prowess, yet at the same time informed her that he was working on a new symphony. Although he had composed a variety of symphonic works in the intermediate years, it had been more than a decade since he finished his 4th symphonic essay. “I am dreadfully anxious to prove not only to others, but also to myself,” he writes, “that I am not yet played out as a composer.” Striving for a unique and original way of unifying his 5th symphony, Tchaikovsky eventually uses a motto theme—originating with Mikhail Glinka’s opera A life for the Tsar—which is heard in each of the symphony’s four movements. “The beginning was difficult,” Tchaikovsky writes, “now, however, inspiration seems to have come…I have to squeeze it from my dulled brain, and it seems to me that I have not blundered, that it turned out well.” The final result was a work that “embodied with even greater unity and scope a more symmetrical form.” Only the finale was judged unconvincing, with scholars suggesting that “it fatally mars a splendid symphony which earlier demonstrated how convincingly Tchaikovsky could now create large-scale symphonic work of complete technical assurance and structural equilibrium, yet wholly his own in expression.” 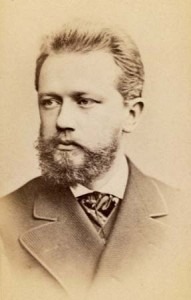 Tchaikovsky: Symphony No. 5 in E Minor, Op.64
In the extended slow and portentous introduction to the first movement, the clarinet mournfully states the motto theme in the manner of a funeral march. Low strings provide a gloomy backdrop as the introduction gradually subsides and the orchestra comes to a suspenseful halt. Clarinet and bassoon combine to sound a melancholy and graceful theme, supported by a marching accompaniment to initiate the “Allegro” proper. After a fortissimo restatement and brief transition, the violins present a doleful tune that is eventually sounded by the full orchestra. Extensive sequential treatment characterizes the development, and after the repeat of the exposition the movement returns to the dark mood of the opening. A bleak and forlorn musical atmosphere greets the listener in the “Andante.” Eventually, however, the horn emerges with a seductive and enticing melody. This melody, delicately supported by clarinets and oboes, is brutally interrupted by the motto theme announced by vigorous timpani rolls. Hushed pizzicato chords quickly restore order, and the violins eventually take up the horn melody. Although the third movement “Scherzo” is classified as a waltz, it is cast in minor mode. Graceful and somewhat melancholy, various interludes separate the waltz restatements, and in the coda, the low winds disrupt the dance with a ghostly statement of the motto theme. The “Finale” in turn, features the gradual transformation of the motto theme from the funeral character displayed in the opening movement, into a triumphant march. Tchaikovsky conducted the premiere performance in Saint Petersburg in November 1888, and subsequently introduced the work to Europe in a concert tour in 1889.