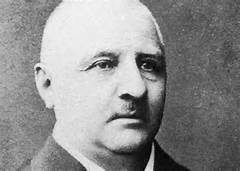 Unlike his compatriot Gustav Mahler, Anton Bruckner wrote a considerable quantity of choral music. This is hardly surprising as the young Bruckner sang in a number of men’s choirs, and as a devoutly religious man he composed a significant number of sacred works. However, he also composed about 30 secular vocal works for various choral societies. Specifically written for private occasions like weddings, funerals, birthdays or name days, these pieces are dedicated to friends and acquaintances of the composer. These works are rarely performed, and some scholars suggest that they are “of little concern to the non-German listener.” Granted, these pieces might not appeal to everybody, but they are certainly unique! Take for example Abendzauber (Evening magic) composed on 15 January 1878. Uniquely scored for baritone solo, male voice chorus, 3 yodelers and 4 horns in G flat, Abendzauber is a musical communion with nature in a majestic moonlit landscape. The text originates with Heinrich von der Mattig, a pseudonym of the army doctor, writer and journalist Dr. Heinrich Wallmann. The poem is sung by the soloist with an accompaniment of humming voices. Four horns take on the role of Alphorns, and the female voices in the distance portray stylized yodeling. The piece was not performed during the composer’s lifetime, and Viktor Keldorfer issued the first edition in 1911. Since Bruckner did not provide any specific syllabic underlay for the yodeling voices, Keldorfer added the syllables corresponding to the way of singing in the Austrian alpine district. One of Bruckner’s most evocative musical settings, it is considered by some, one of his most romantic works.