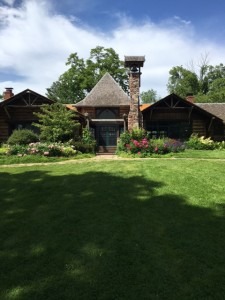 A ‘destination’ wedding sounds like a terrific idea for romance and adventure but it can cause snafus for musicians! My friend Diane’s string quartet was booked to play at the historic lodge Stouts on an island in Wisconsin—a gorgeous location. The quartet negotiated their usual fee. Sadly a few essential details were overlooked.

The musicians didn’t know that the only way to get to the island is by taking a pontoon boat. The dock is a two-hour drive from Minneapolis, leaves only once an hour and the boat ride takes twenty-minutes. The wedding was to start at 3:10, so it meant catching the boat an hour earlier than previously planned, at 2:00 pm.

One of the violinists decided to make the best of it, and brought her husband and small child along for the ride. She didn’t know the boat only seats 10. The cello is always counted as one seat, and they needed room for the three other instruments, four instrumentalists, their heavy metal black stands and the baby stroller. When the quartet finally arrived to the dock they saw the pontoon boat—completely open to the elements. That day the temperature hit 93°. After just a few minutes they were quite seared in their black outfits but more concerning was that their valuable instruments also cooked, hopefully not to the point of melting varnish and bursting seams.

The wedding reception was under a large ornamented tent—it was a sizable wedding— but the ceremony would be outside. The sun beat mercilessly on the rows of occupants on daintily adorned white chairs. 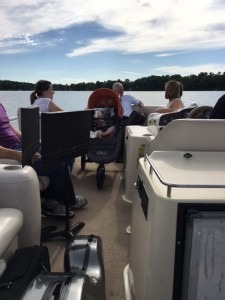 Fortunately a small tent had been erected for the quartet. Nonetheless, Diane said, “it was hot hot hot.” As they huddled under the small canopy waiting for the ceremony to begin hunger set in. There was no food provided for the artists. The baby had to eat so the violinist’s husband walked to the lodge, retreated indoors, and purchased some dinner in the restaurant.

Just as the quartet took their places, the wedding planner asked if they would mind playing “a little more” during the party. There was no mention of probably missing the pontoon boat for the return trip. Would there be a token more compensation for what ended up being an eight-hour day? “It’d be great exposure for your band,” she replied. They were certain they had plenty of “exposure” during the boat ride.

I promised myself that I wouldn’t offer to play outdoor weddings after the gale force winds made it difficult to stay upright last year. But when our neighbors became engaged—such a nice young couple and passionate about music—I was enthusiastic. “Yes of course I’d love to play for your wedding ceremony!” After Diane’s unforgettable wedding island adventure I had a sinking feeling. 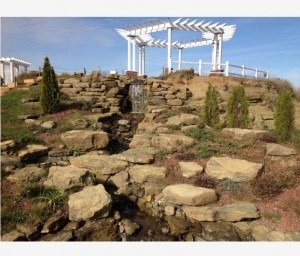 The groom showed me photos of the venue situated an hour away— a large open field with gorgeous views. I stammered, “the harp player and I will need some kind of cover—our instruments can’t be exposed to heat and sun or cold and rain…and is there wooden flooring that could be placed in the pasture?” Visions of my heels and endpin sinking into the grass and the harp teetering on uneven ground gave me a queasy feeling. “We’ve decided to have the ceremony down at the pergola. Here I have a photo of it,” he said. The steep decent down flagstone pavers would be treacherous unless you’re a goat, but carrying a cello would be foolhardy. Did I mention there was no handrail? “Someone can carry it down for you.” He noticed the look on my suddenly pale face, “There will be a golf cart to transport the older attendees. Could the cello and harp fit on one of those?” I told the harpist to bring tennis shoes and her dolly. My husband was at the ready to drag the cello the long and level way.

Fortunately, I wore long underwear and mittens with the fingertips cut off for the chilly day but at least there was no wind. The planners provided a pavilion and a rectangular dance floor. The harpist used one of her smaller easy to transport Celtic harps and an unobtrusive microphone allowed everyone to hear the delicate strains of Camille Saint-Saëns, The Swan, Dvořák’s Songs my Mother Taught Me, and the theme song to Jurassic Park, their special request. The bride and groom, a class act, insisted we join them for the festivities, and to stay in the resort overnight. 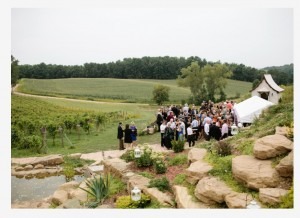 Sometimes the music when well planned can dazzle. The creator of Hamilton, Lin-Manuel Miranda, concocted a surprise for his wedding to Vanessa Nadal in September of 2010. The father of the bride sauntered to the middle of the room onto the dance floor to make his remarks beckoning to the groom to join him in a toast. Instead they launched into song—To Life, To Life, L’Chaim!” from the famous musical Fiddler on The Roof. Within one verse the groomswoman and best man joined in the crooning. The father of the groom, maids of honor, bridesmaids, and gang, followed. The bride and guests were flabbergasted while they watched the lively choreography, a Hora, rehearsed beforehand. Even though Miranda’s is a Catholic family there were no missteps. Watch!