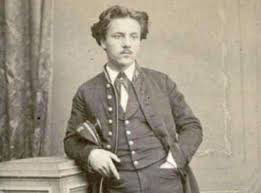 Gabriel Fauré (1845-1924) was a revered teacher and a proactive administrator on behalf of music. He became Professor of Composition at the Paris Conservatoire in 1896, teaching among others, Maurice Ravel, Georges Enescu and Nadia Boulanger. And when he was appointed as director of the Conservatoire in 1905, he eagerly reformed the curriculum of this most prestigious musical institution in France. As a composer, Fauré benefited enormously from the establishment of the Société Nationale de Musique in 1871. Founded by his good friend and mentor Camille Saint-Saëns, this organization provided young French composers with the opportunity to present their works to the public. However, Fauré’s association with Saint-Saëns dates back to 1861, when the youngster studied at the École de Musique Classique et Religieuse (School of Classical and Religious Music), which Louis Niedermeyer had established in Paris. When Niedermeyer suddenly died in March 1861, Saint-Saëns took charge of piano studies, and Fauré recalled, “After allowing the lessons to run over, he would go to the piano and reveal to us those works of the masters from which the rigorous classical nature of our programme of study kept us at a distance and who, moreover, in those far-off years, were scarcely known. At the time I was 15 or 16, and from this time dates the almost filial attachment … the immense admiration, the unceasing gratitude I had for him, throughout my life.” Fauré managed to win a number of prizes while at the school, including a premier prix in composition for the Cantique de Jean Racine, the earliest of his choral works to enter the repertory. The original Latin text of this Morning Prayer is attributed to St. Ambrose; however, Fauré used a paraphrase by the French dramatist Jean Racine. Published as his opus 11 in 1865, Fauré’s strophic setting, which unfolds over an arpeggiated accompaniment, perfectly emphasizes the lyrics of the prayer. Gently arching phrases, which connect to each other without pause, are somberly supported by restrained harmonic progressions. This musical simplicity and emotional allure perfectly complements and harmonizes with the power of Racine’s poetry.