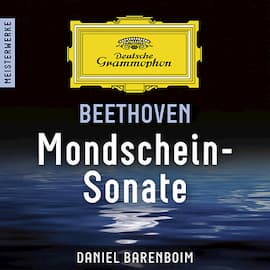 By taking care of Symphonies and Concertos in the first two part of this survey, we’ve done the massive works. Now we look at the works for smaller ensembles and soloists, but the task doesn’t get any easier.

Nearly every pianist in the world plays Beethoven piano sonatas, but performers who record the entirety of the set are not nearly as common. Two notable performers from the 1960s, Claudio Arrau and Daniel Barenboim, are wonderful contributions to this collection and Annie Fischer from the 1970s adds to their definitions.


Malcolm Bilson, however, recording the sonatas on a period keyboard, made us hear this music a new way. It is quieter and the different timbres of the different parts of the piano are clear. This differentiation in the voices is not possible to achieve on a modern piano. 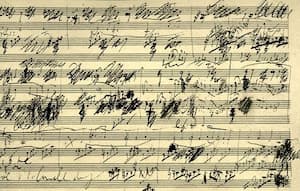 Beethoven’s five cello sonatas are lovely in the hands of a master performer. János Starker’s performances have a wonderful way of separating the cello and piano voices so that each has its own strength.


Pierre Fournier’s recordings, on the other hand, seems to bring the voices closer together. 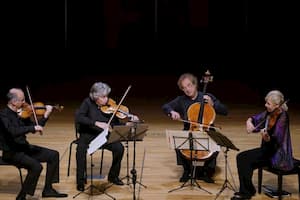 For Beethoven’s string quartets, it is better to listen to one ensemble take on the set than to pick and choose one performance or another – a concentrated vision of Beethoven’s output can be quite beneficial. The Takács Quartet’s recordings of the whole oeuvre were one of the outstanding interpretations that gives us a strong point of stability.


Each ensemble brings their own definition and when you compare them with Takács’ recordings, the Emerson Quartet’s recordings offer a different kind of intensity. 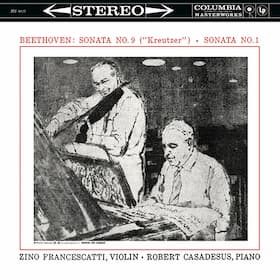 Beethoven’s violin sonatas challenge the typical concept of a sonata. His own description of the Kreutzer Sonata (Sonata No. 9 in A major, Op. 47) compares it to a concerto, particularly in the first movement. In Francescatti’s performance, he plays with the melody, almost singing it, teasing and taunting the accompanist who teases back.


When you compare Francecatti with an early brilliant player such as David Oistrakh, you can hear what each violinist brings to the work. The opening Adagio is more deliberate with Oistrakh, and even his launch into the Presto lacks the exuberance of Francescatti’s. But, in reflecting an earlier time and an earlier understanding of Beethoven, we can understand Oistrakh’s reserve. 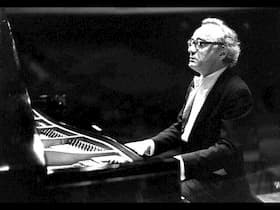 Other legendary or even iconic performances include those by Arthur Grumiaux, Itzhak Perlman, and Gidon Kremer.

For piano sonatas, again there’s a world to choose, but it’s Alfred Brendel, the Thinking Pianist, who brings his intellect to bear on what might possibly Beethoven’s own favourite genre. Even on a work as familiar as the Moonlight Sonata, he brings out the shadow and light in the work beautifully.


This is just a dip in the world of Beethoven in the hands of experts. Take these opinions and challenge them with your own and see how wonderful it can be!