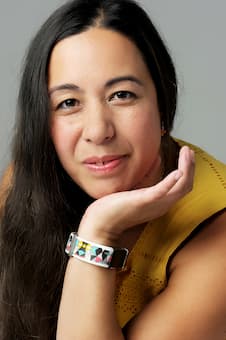 Naomi Belshaw came to her new role with an ideal background: she’s worked at the Performing Rights Society, she’s been a PR person for contemporary music, and is experienced in all those areas necessary in the contemporary arts scene: funding, publishing, licensing, royalties, and marketing. She’s also a consultant offering advice on career strategy for composers and artists. She knows the new music scene and new music composers as few others.

Her new role is one that will call on all of that background: she’s the new Chair of the Board of Directors for the Three Choirs Festival, the oldest classical music festival in the world. From its founding in 1715, the Festival has brought together the three cathedral choirs from Gloucester, Hereford, and Worcester. The Festival moves between the three cities and this year will be held 23-30 July in Hereford for the 294th Festival (the Festival stopped for WWI and WWII and COVID).

We spoke with Naomi recently on her new appointment and learned that the ‘Three Choirs Festival’ is somewhat of a misnomer and that the Festival is more than just choral music. Although the focus of each Festival is the cathedral and the large works performed there, the Festival has expanded out of the building onto the cathedral close and into other venues. The Philharmonia Orchestra has been a part of the Festival since 2012, and the smaller venues are used for small chamber ensembles such as string quartets. One of the most important parts of the Festival is the creation of the annual Festival Chorus. Made up of amateur singers, the Festival Chorus is built anew every year, drawing its members from the three cities and elsewhere. There is also a Three Choirs Festival Youth Choir, established in 2010, which gives younger singers the opportunity to rehearse and perform at a very high standard. The full programme for the Festival includes choral and orchestral concerts, solo and chamber music recitals, talks, cathedral services, theatre, exhibitions, and walks.

The Festival has expanded to include nearly 80 performances packed into a brief 8 days. The large-scale evening concerts are still the most important, but every day of the Festival is filled with music from start to finish.


The question, inevitably, of why it took over 300 years for a woman to be appointed as Chair or the Board has much to do with the history of the Festival. The organisation in its current form was only incorporated in 1957, becoming a registered charity in the sixties and moving from a model of executive council governance to today’s more tightly defined board oversight only in the last couple of decades. In the same period, a professional central office team has grown and developed to manage the increasing demands of a larger, slicker Festival. Previously the Festival was dealt with by local committees and volunteers and it was becoming more and more difficult to run the Festival successfully on those terms. 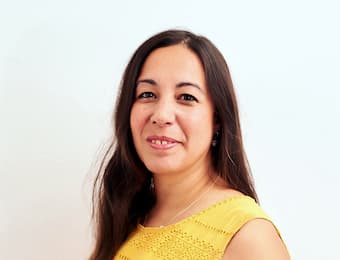 The Festival has been the site of premieres by some of the UK and Europe’s leading composers, including Edward Elgar, Arthur Sullivan, Samuel Coleridge-Taylor, Hubert Parry, Ethel Smyth, Ralph Vaughan Williams, Frederick Delius, Camille Saint-Saëns, Judith Weir, Judith Bingham, James MacMillan, and Cheryl Frances Hoad. And the first premiere by a female composer was in 1882. with ‘Ode to the Passions’ by Alice Mary Smith. The mighty choral tradition of England has been well-served by the Festival. In addition to their ongoing commissions, the Festival has been looking back at the great works that were commissioned and bringing them back to Festival in performance.


Naomi described the commissioning process as one that happened over a number of years – publishers and composers are approached for ideas, things are worked out, ideas come and go, and so on. In 2021, the composer Jonathan Dove, illustrator James Mayhew, and the actor and author Zeb Soanes collaborated on an adaptation of Mayhew and Soanes’ children’s book Gaspard’s Foxtrot, which received its premiere at the Three Choirs Festival on 29 July 2021 as a modern homage in storytelling to Peter and the Wolf.

The Festival has already announced that the 2022 festival will include a rare performance of Dvořák’s Requiem; this was the composer’s counter-suggestion when he was invited to set Cardinal Newman’s poem ‘The Dream of Gerontius’. The festival also brings back Elgar’s masterpiece The Dream of Gerontius. One of the themes of the festival is re-imagines and draws on the 1939 festival that was cancelled due to the onset of the Second World War. One of the works due to be given its premiere at that festival was Gerald Finzi’s Dies Natalis (which eventually received its premiere at the 1946 festival after the end of WWIIl). At this year’s festival it will be possible to experience the piece as originally planned, with a soprano rather than tenor soloist. Another work that was also rescheduled from the same cancelled festival was Sir George Dyson’s Quo Vadis, and this year’s festival will host this rarely performed, large-scale work for soloists, choir and orchestra.

This year’s full schedule hasn’t been announced yet (check their website after 25 March) but we’re looking forward to new projects and new composers and new music of all kinds. The Wednesday Evensong of the Three Choirs Festival is broadcast on BBC Radio 3 directly from the Festival, the BBC having broadcast from the festival as early as the 1925 festival in Gloucester.

Three works in this article received their premieres at the Three Choirs Festival:

– Elgar’s The Dream of Gerontius, Op. 38, received a complete performance in Worcester, 1902, conducted by Elgar, and will be in this year’s Festival.