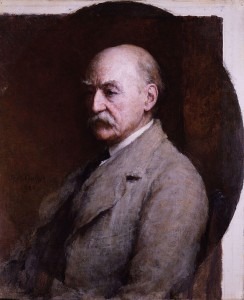 We generally don’t think of Thomas Hardy (1840-1928) as a source for song texts but rather as the man for tales of the realism and drama of the Victorian English countryside. Yet, when the 20th century hit, nearly all Hardy wrote were poems. His first book of poetry was published in 1898, collecting some 30 years of his poetry. His 9th book of poetry came out in 1928, the year of his death.

The English song composer Gerald Finzi (1901-1956) started setting Hardy’s poetry very early in his career, beginning in 1922 in his Opus 2 song cycle, By Footpath and Stile, setting 6 poems by Hardy. The large cycle A Young Man’s Exhortation, Op. 14, was begun in 1926, while Hardy was still alive. The songs come from seven different Hardy collections and from one of his dramas, and form a cycle created by Finzi himself, not Hardy. 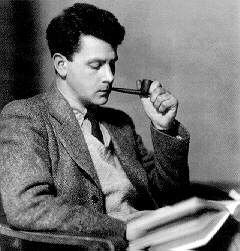 The first song, which gives the collection its title, ‘A young man’s exhortation,’ was written by the young Hardy as he was trying to make his name in London and was set by Finzi when he was a young composer in the same position.

No. 3. Budmouth Dears
One interesting song is about an extraterritorial phenomenon: The Comet at Yell’ham. The poem, published in 1902, is about a comet that Hardy had seen 50 years earlier. The piano sets the mood with a high range and no detectable tempo – the poet’s entry brings us back to earth as he thinks about his own short life compared to that of the comet – and then the piano takes us away again.

No. 5. The Comet at Yell’ham
Even in just these three songs, we start to see the breadth of Hardy’s poetry and the similar breadth of vision that Finzi brought to the music. Hardy was very influential on the generation of poets who made their name around the First World War, such as Siegfried Sassoon, and on later poets including W.H. Auden and Philip Larkin. Although his poetry was initially not well received, scholars now recognize his poetry as some of the greatest in the 20th century.