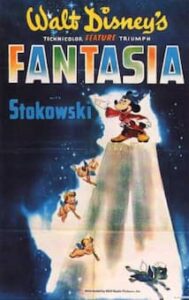 Ever since sound was first coupled with moving images at the turn of the 20th century, classical music has played an important role. In fact, the new film medium provided the avenue for Western classical music to reach people from all cultural and economic backgrounds around the world. And once classical music was combined with animation in the 1940 Disney release “Fantasia,” it took the world by storm. Combing animation with beloved masterpieces was a stroke of pure genius. “Fantasia” features eight animated segments set to pieces of classical music conducted by Leopold Stokowski directing the Philadelphia Orchestra. The opening segment proved highly popular as it features Paul Dukas’ “The Sorcerer’s Apprentice.” Dukas premiered his symphonic poem, based on a Goethe poem in 1897. It certainly made Dukas famous overnight, and forty years later, his music helped to make Mickey Mouse a celebrity. 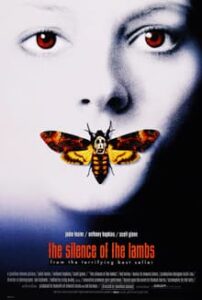 Movie audiences met Dr. Hannibal Lecter, a brilliant psychiatrist and cannibalistic serial killer in the 1991 thriller “The Silence of the Lambs.” Lecter is highly intelligent, cultured and sophisticated, with refined tastes in art, music and cuisine. Prior to his capture and imprisonment, he was a member of Baltimore social elite, and a sitting member of the local Philharmonic Orchestra’s Board of Directors. Lecter is deeply offended by rudeness, and he kills people who exhibit bad manners. Incarcerated at the Baltimore State Hospital for the Criminally Insane, Lector is interviewed by Clarice Starling, an FBI cadet from the Behavioral Science Unit. They start to develop a bond, and because of her unique relationship with Lecter, Starling comes to feel that he wouldn’t attack and eat her. And that sense is confirmed at the end of the movie. The musical score for “The Silence of the Lambs” was composed by Howard Shore, but it also features the “Aria” of Bach’s “Goldberg Variations.” It sounds when Lecter is chewing the face off one of his prison guards, and depending on your point of view, “it’s either a stroke of genius or an act of cultural cannibalism.” 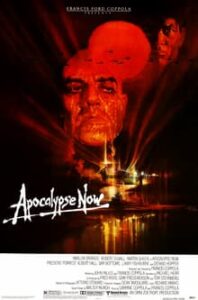 Bach’s aria is actually meditative, plaintive, and tender, and it was intended to cure the insomnia of a royal patron. In “Silence of the Lambs” it is not used to express the actual emotion implied by the music, but it “becomes an ironic foil, a tool for disassociation.” It actually becomes a stereotype suggesting that Classical music is unnatural. “It is not music for normal events, and cunning directors use it for monster, horror and massacre movies like “Apocalypse Now.” Directed and produced by Francis Ford Coppola in 1979, it is an American epic war film about military involvement in Vietnam. The film follows a river journey from South Vietnam into Cambodia. Captain Benjamin L. Willard is on a secret mission to assassinate Colonel Kurtz, a renegade Army Special Forces officer accused of murder. In one of the most horrific scenes, Wagner’s “Flight of the Valkyries is paired with a swarm of helicopters blowing up the Vietnamese jungle.” As a critic wrote, “rarely have two disparate elements in cinema worked so well together in such an awe-inspiring and terrifying fashion.” 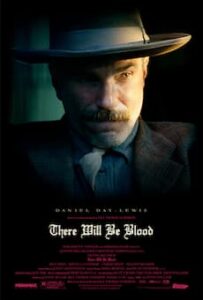 The 2007 period drama “There Will be Blood” is based on the 1927 novel “Oil” by Upton Sinclair. Daniel Plainview is a silver prospector who turns ruthless oilman when an enormous oil field is discovered. Daniel attempts to purchase the land at a bargain price, but is blocked by the local preacher Eli. In the end, he does acquire part of the land by setting fires and committing murder. Daniel becomes incredibly rich, and he is living as an alcoholic recluse in a large mansion. One evening while drunk in his private bowling alley, Eli visits Daniel. Eli is now a radio preacher, and he offers him the rights to some disputed land under the condition that Eli denounces his faith. Eli reluctantly agrees only to be told that the property is now worthless. A frightening altercation ensues, and Daniel beats Eli to death with a bowling pin. When his butler appears to ask about the commotion, Daniel announces, “I’m finished” to the strains of the joyous Finale movement of the Brahms Violin Concerto. Now that’s what I call disassociation.

There will be Blood: Brahms, Violin Concerto 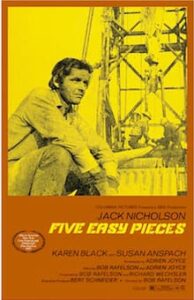 Long before Jack Nicholson achieved acting superstar status, he starred in the 1970 drama “Five Easy Pieces.” His character Bobby Dupea is an oilrig worker spending his life in a succession of squalid bars, motels and brothels. While he acts the part of a blue-collar laborer, we gradually learn that he is secretly a former classical pianist, and part of an upper class family of musicians. When Bobby gets his waitress girlfriend Rayette pregnant he decides to escape to Los Angeles where his sister Partita, also a pianist, is making a recording. Partita tells him that their father is dying, and that he should visit the family home in Washington. Rayette threatens to kills herself if Booby leaves her, so he reluctantly asks her to come along. Once they arrive at the family home, things are predictably tense and uneasy, but when Bobby plays the Chopin E-minor prelude in his old family music room, time stands still and introspective memories come floating back. Reality harshly returns when Bobby falls in love with the pianist Catherine, who is engaged to his violinist brother Carl. He tries to persuade Catherine to go away with him, but she declines. Unable to talk to his unresponsive father, Bobby leaves with Rayette but abandons her at a gas station.