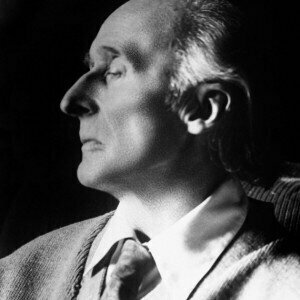 English composer Frederick Delius (1862-1934) first went to Scandinavia as a young man working for his father. He went first to Sweden and then, in his off hours, went to Norway and began a lifelong fascination with the country, its people, the scenery, and the literature. In the summer of 1887, he spent some 6 weeks in Norway, exploring the countryside from the fjords to the mountain meadows. By the end of 1887, he had met Nina and Edvard Grieg in Leipzig, where they were staying for several months. Grieg had attended the Leipzig conservatory from the age of 15, where he studied piano under Ignaz Moscheles. 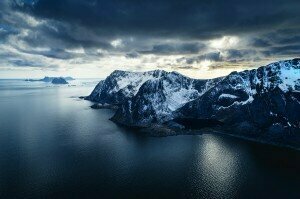 Delius took up the Norwegian folk and fairytales of Peter Christen Asbjørnsen and Jørgen Engebretsen Moe during WWI. Their Norske Folkeeventyr (Norwegian Folk Tales) had first been published in Norwegian in 1842 and Delius probably first read them in the 1880s. In 1914, when he and his wife Jelka were sheltering in London, in exile from their home in France and the encroachments of the war, he and Jelka started reading the stories again.

In 1915, Delius’ tone poem Eventyr started to hit the page, was set aside (for a trip to Norway), and then completing it by the end of 1917. Although the English title is “Once Upon a Time,” Delius’ Norwegian title of Eventyr, Folk Tales, better captures the nature of the music. This isn’t a tone poem built around ‘prettifies tales of childhood memory,’ but rather tales of giants and trolls, dark forests and mysterious cavern, ‘underearthly’ creatures and helpless captive or fleeing humans. No specific tales are told, or captured in the music, but more the feeling of the stories and the locale. 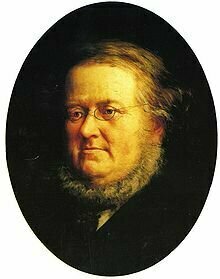 Delius’ own programme note, for a 1929 performance in London conducted by Sir Thomas Beecham at the first Delius Festival, shows the range of stories he was trying to encompass in his work:

“Eventyr” is not based on any particular story of Asbjorønsen; it is a résumé-impression of the book…[Asbjørnsen’s are] the old legends still quite alive with lonely peasants, hunters and mountaineers. These people have a naïve belief in the “Underjordiske” (the Underearthly ones), Trolls, Heinzelmännchen, hobgoblins; who either help the humans or, if provoked, become very revengeful. A boy alone in a forest would imagine he heard them trotting after him, and get very frightened. At a wedding or Xmas meal a little dish of cream porridge is put on the loft for these underearthly ones, or else they might be offended – they have been known to fetch girls away (even the bride of a wedding) in such cases and dance with them furiously till they fall down unconscious. A hunter’s luck would depend on their good or bad will. In the queer noises at night in lonely huts and woods you would imagine you heard the hordes of these mysterious beings galloping along in the distance.

At one point (07:14), a 20-voice male chorus makes off-stage shouts, thought by one biographer to be the voice of the trolls pursuing the lonely boy in the forest mentioned in Delius’ programme note.

The work starts on a solemn, almost mysterious note, and throughout the work, Delius’ uses the expressive possibilities of the orchestra to evoke many different scenarios, some scary, some calming.