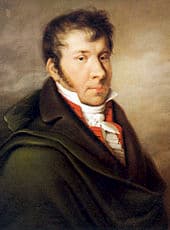 In his day, Johann Nepomuk Hummel (1778-1837) was considered the greatest pianist in Europe. Even Chopin, who wasn’t particularly forthcoming with praise of other composers, wrote in a letter “such great masters as Mozart, Beethoven and Hummel, the masters of us all.” In 1822 Hummel went to Russia at the invitation of the Grand Duchess. He received the most flattering and brilliant reception wherever he went, but for one reason or another the great resident composer and pianist John Field did not call on him. As such Hummel concluded that if Field did not want to see him, he would go and find Field. Hummel was a burly and shout fellow. Heavy set in body and with plain facial features, Hummel never cared much about his outer appearance. To anybody passing in the street, he would have looked like a simple German farmer rather than a famous composer and pianist. Field, on the other hand, had developed rather aristocratic manners and was famous for his elegant dress and manners. 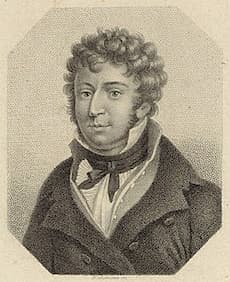 When Hummel arrived at the Field residence, the latter was giving a lesson so Hummel waited patiently. When the lesson was finished, Field turned to his visitor and gruffly asked, “Well, sir, what can I do for you?” Hummel told him that he was in Moscow on business, and that he wanted to hear the famous Field play the piano. Field apparently was rather amused at the request of a seeming village tradesman, so he sat down and played some of his most elegant compositions. Hummel warmly applauded and thanked him, and then Field decided to have some fun and invited the “German farmer” to sit at the piano and play for him. At first Hummel refused, but when Field insisted, the clumsy visitor sat down at the piano. Hummel took on to the theme that Field had just performed, and developed it into a brilliant fantasy. Field was thunderstruck, and he leapt to his feet and shouted, “You can’t fool me! You are Hummel. No other man in the world can improvise like that!” As the story goes, with the introductory formalities out of the way the two pianists became good friends.