In the spring of 1804, Ludwig van Beethoven moved into the “Rotes Haus” (Red House) where his friend Stephan von Breuning was lodging. Beethoven had been sick for some time, and von Breuning invited the composer to stay with him in order to look after him properly. Unfortunately, Beethoven forgot to give notice on his own apartment, which is why he was forced to continue paying rent. Beethoven became seriously annoyed, and accused Breuning of omitting to give notice on his flat. A fierce argument ensued, and Beethoven even considered leaving Vienna for good. However, by that time Beethoven had discovered another reason to remain in the city.

In January 1804 Count Deym, the husband of Josephine von Brunsvik, had died. The young widow, who now had four small children, continued to spend much of her time in Vienna, and Beethoven became a frequent visitor to the house. We do know that an intense relationship developed between them, and it was abundantly clear that Beethoven was passionately in love. Josephine was moved by his devotion and keenly concerned with his happiness, his ideals and his art, yet retained a certain reserve throughout. She rejected any intimacy closer than that of warm friendship for the obvious reason that she had one unhappy marriage behind her, and she now needed to care for a young family. 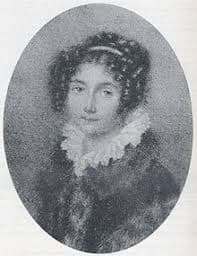 Beethoven had neither social standing nor any kind of formal employment, and as Josephine confided in her unmarried sister Therese, consideration for her young children proved the decisive factor. And there was the social barrier that kept the pair apart, as they anxiously concealed the extent of their intimacy from her relatives. Josephine eventually married a certain Baron von Stackelberg in 1810, and that marriage proved just as unhappy as the first. As for Beethoven, he eventually apologized to von Breuning for his behavior and wrote a letter of reconciliation in early November 1804. And throughout this highly tumultuous period in his life, Beethoven was busily working on his opera “Leonore.”