Musicians are often asked “what’s your favorite piece?” With the vast array of stunning music, it’s impossible to answer. Although there are many pieces of music I enjoy listening to I’ve tried to narrow my favorites to the mainly orchestral and chamber music pieces I love to play.

Beethoven: String Quartet Op 59, No 1. Beethoven’s sixteen string quartets are wonderful masterpieces. Op 59, No 1, I admit, is a quartet I played in my youth, so it has a special place in my heart. Opening with the gorgeous cello theme, Beethoven features each of the four voices, equally. The scherzo begins playfully but becomes vigorous and full of surprises. The heartbreakingly beautiful slow movement, which in this case is the third movement, at times tender other times tormented, has truly one of the most moving and melancholy cello melodies ever. Breathtaking. 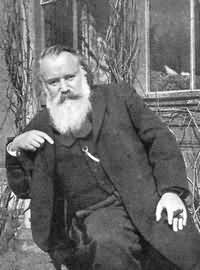 Brahms: Piano Quartet in G minor. Brahms’ chamber music has been described as orchestral due to its richness, color, passion, and depth. The added voice of the viola, to the piano, violin, and cello gives this work an added lushness and complexity. I’m drawn to the soaring cello lines, the gorgeous melodies of the Andante, and the Hungarian last movement: Rondo Alla Zingarese, a driving accented 2/4 presto—furiously fast tempos. Brahms urges a faster pace, bringing the piece to a breathtaking conclusion. Arnold Schoenberg, known for his 12-tone and sometime thorny music, wrote a wonderful version of the piece for full orchestra, giving us a quasi-fifth Brahms symphony for all to hear.

Bloch: Piano Quintet No. 1. Well-known and loved piano quintets by Brahms and Elgar, both masterpieces, have tended to be programmed much more often than the quintet by Swiss-American composer Ernest Bloch. I’ve had the privilege of performing this work several times and the audience has been quite taken by the exotic harmonies, and mournful, reflective, and savage moods. Mainly romantic and impressionist, Bloch uses chromatic sonorities, Jewish cultural themes, and modal scales, often including quarter tones. An energetic finale ends with the first movement theme reimagined slowly, and fading away. Gorgeous. 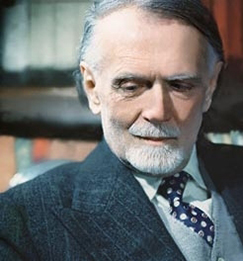 Kodály: Solo Sonata. No-one played this solo sonata better than my teacher János Starker, who first performed it at age 15, and recorded the work four times. Since my parents were also Hungarian and Kodály had a major presence in our home, I come by this selection honestly. Written in 1915, the work is one of the most challenging and virtuosic pieces in the cello repertoire not only because of its technical challenges. It uses scordatura tuning, which means the lowest strings the G and the C are tuned down to F# and B while the upper strings stay the same (A and D.) The instrument rings this way, as much of the piece is in the key of B-minor and B-major. The influences of folk music can be heard, in this first momentous addition to the solo cello repertoire since the Bach Suites.

Prokofiev: Romeo and Juliet Op. 64. I love Prokofiev‘s Symphony No. 5, and the piano and violin concertos. But if I must choose, it’s Romeo and Juliet—a work which caused the composer so much heartache. Moving to the Soviet Union in 1935, Prokofiev accepted a commission to write a ballet for the famed Kirov Ballet. The proposed staging coincided with the formation of the Committee on Arts Affairs, which reassessed all the musical repertory. Stalin’s Great Purge followed. Prokofiev, caught up in the paranoia and denunciation, his ballet languished. When it was readied for performance during the 1939-40 season, several unapproved alterations had been made in the score. Prokofiev salvaged some of the music from the ballet in three suites for orchestra. I’m captivated by the extraordinary lyricism, vivid orchestration, and the magical, quixotic changes in mood. He uses a wide variety of percussion instruments, and the addition of saxophone, viola d’amore, and mandolins, not usually heard in the classical repertoire, enhances his palette of tone colors. It’s virtuosic and exciting to play.

Romeo and Juliet Suite No. 2, Op. 64ter: VII. Romeo at the Grave of Juliet 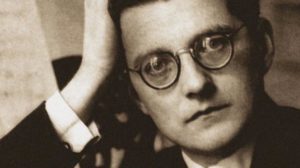 Shostakovich: Symphony No. 11 “The Year 1905”. I’m drawn to the music of Shostakovich. His despair at being ostracized, his music banned by the Soviets is palpable. The torment, evident in this marvelous symphony, written in 1957, suggests the peaceful demonstration brutally crushed by the Tsar on “Bloody Sunday” in 1905. But it is thought this symphony actual depicts the 1956 Hungarian uprising trounced by the Soviet regime. Played without pause, the symphony opens hauntingly, softly with unison strings, lonely trumpets interject. The 2nd movement depicts the massacre. Rifles and bombardments are heard in the snare drums, gong, and bass drums. When the 3rd movement Adagio in Memoriam, begins with ghostly high strings and celeste, it’s as if all humanity has been vanquished. Unforgettable music. A characteristic of Shostakovich’s work is his use of extremes—very high music often from the piccolo, merged with very low sounds. The work ends with percussion and bells, perhaps defiantly. Shostakovich felt it was his “duty is to speak for the people,” whenever they rise up against tyranny.


Strauss: Don Quixote Tone Poem Op 35. Although I love many Strauss works, I believe Don Quixote, depicting the brilliant novel by Spaniard Miguel de Cervantes, is one of Strauss’ greatest masterpieces. For solo cello, solo viola, and orchestra, it’s written in a theme and variations form and is full of dazzling, dramatic effects as Strauss aims to tell the story of the hapless Don and his sidekick Sancho Panza—questioning reality, fantasy, and sanity. The last variation, the death of Don Quixote, tears your heart out with a cello solo of yearning, disorientation, and nostalgia as Don reminisces about his life.


Ravel: La Valse. A choreographic poem for orchestra emulating the long tradition of the Viennese Waltz, and Johann Strauss the Waltz King, this work is full of sensuous shades of lightness and rapture, prominently using the harp, glissandos (slides), and French at its core. But like a storm intensifying, the lilting 3/4 time signature breaks down until a final bar of defiance in 2/4. Written after the trauma of World War I, is it symbol or satire? Ravel envisioned “a kind of apotheosis of the Viennese waltz” and a “fantastic and fatal whirling”. Whatever your interpretation, it is remarkable music.

Part II: The Sacrifice: Glorification of the Chosen One 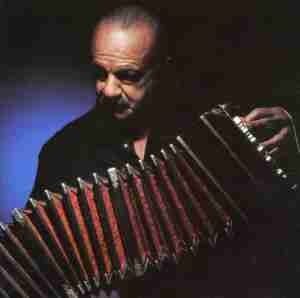 Piazzolla: Four Seasons of Buenos Aires. Anything Piazzolla makes my blood boil. I love the passion, the tango rhythms, and the distinctive sounds incorporating jazz. Piazzolla four tangos represent different seasons in the country of Piazzolla’s birth, Argentina. Originally conceived separately, Russian composer Leonid Desyaynikov arranged the works for violin and strings paying homage to and quoting from its counterpart, the Vivaldi Four Seasons. Piazzolla uses snaps, playing on the other side of the bridge, which makes a scratchy percussive sound, and he paints evocative instrumental colors with fanciful glissandos (sliding on the strings) and whistlelike harmonics. This piece makes me want to dance.