Long regarded as the most serious and ambitious work for keyboard, Bach’s Goldberg Variations represent one of the highest Himalayan peaks of the standard keyboard repertoire, a mountain that few musicians are prepared to scale. Yet in spite of this, the work holds a special fascination for performers, scholars and audiences alike, and each new performance or recording is greeted with interest and curiosity.

In this interview, Pierre discusses his fascination with this music and how this led him to create his new edition.

As a pianist when did you first encounter Bach’s Goldberg Variations?

I first encountered Bach’s Goldberg Variations by listening to Glenn Gould’s 1981 recording. This was at the beginning of 1983, when, under my teacher’s direction, I started listening to Bach in a new way, as he was the first composer I studied with him.

What were your first impressions of this music and what attracted you to it?

At the beginning it was difficult for me to separate what belonged to Gould’s weird though fascinating mimicking, and what belonged to Bach himself. In fact, I started to understand this music once I decided to seek out other great interpreters, first Rosalyn Tureck who, according to a legend, knew how to play Bach in the form of a sudden revelation after fainting at the piano; second Wanda Landowska, who also was an outstanding musician, if not a genius. Curiously, at the same time I was offered the opportunity to purchase the same model of Pleyel harpsichord as hers, which I had unfortunately to decline as my studio was not big enough to accommodate two big instruments. After that, I immediately knew that there was a spiritual message there which I had to unveil myself if I wanted to become not only a better musician, but also a better human being; however the content was out of reach. 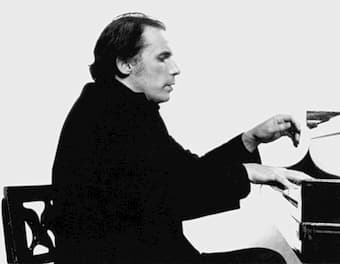 Why do you think the Goldberg Variations hold so much fascination for pianists, other musicians and audiences alike? What makes them so special in the musical canon?

‘Mystery’ along with ‘complexity’ are the two key words. As I explain in my commentaries, there is a split between what the public believes and what the historical truth is, whereas scholars failed to provide us with a single explanation which can satisfy everyone. On the contrary, they often conflict with each other. So, there is still some hidden knowledge to reveal, the deepest of which is related to a not so obvious cosmic order.

The Goldberg Variations is the longest piano piece to perform as recitalist, if we take into account of all the repeats [some 80 minutes of music in total]. There is no rest between variations, and all of them are highly challenging in a way or another, especially when hand crossings are at stake. I have seen so many pianists exhausted after a live performance (this is what Lang Lang admitted recently). I can only imagine how happy we, as pianists, are, if we succeed in tackling the whole set, even as a practice. The structural complexity of the Goldberg Variations, entangled in so many different characters whose evolution throughout is difficult to grasp, makes them unique. Thus, they go beyond simple canons. 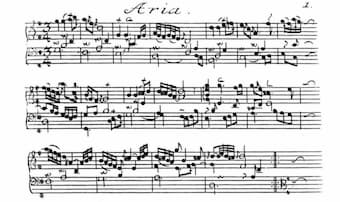 The two recordings by Glenn Gould are held up as some of the most significant interpretations of the Goldberg Variations. What is your view on these recordings and Gould’s approach to this music?

I got the chance to meet Bruno Monsaingeon, the film maker, so some facts I garnered from him regarding Gould are genuine. However, now I mainly rely on two things: historical facts and Gould’s own words. Gould’s two recordings are milestones for different reasons. The release of the 1955 version is the starting point, not only of Gould’s career, but also the reversal of a trend set by Wanda Landowska to confine Bach’s keyboard works to performance on the harpsichord. (Such was the strength of Landowska’s view that Claudio Arrau had to abandon a recording made on the piano of the Chromatic Fantasy and Fugue in D minor and the Two-Part Inventions and Three-Part Sinfonias in order not to overshadow her.)

The 1981 recording is surrounded by two dramatic events. This recording was Gould’s last appearance in a studio and was released in September 1982, only a few weeks before his death on 4th October. We know from Tim Page [music critic and friend of Gould] that at the end of his life Gould violently rejected the 1955 recording. I believe that we need to honour these two versions equally as historical clues of how a genius like Glenn Gould could evolve throughout his life. Of course, I agree with Gould: his last version expresses all the spiritual messages he found within, and, stylistically speaking, it keeps to Bach’s original in a much better way.

Are there any other pianists/harpsichordists whose interpretations you admire, and why?

There are so many! In order to support my work, I had to listen to a hundred of them. I like so many, it would be difficult to highlight all of them; additionally to give proper explanations of all of them I would need to write a book for that!

Pianistically speaking, I like historical ones as well as the most recent ones. Here is a short list, excluding Gould and Tureck and limiting myself to pianists: Yudina, Feltsman, Nikolayeva, Tipo, Hewitt, Dershavina, Koroliov, Perahia, Schiff, Angelich, Levit, Rana, Lang Lang. If I had to choose a very few versions out of a hundred, Gould’s 1981 recording would be my first choice, because it is simply insightful in every respect. For example, no one has played Variation 13 like him; this interpretation almost contradicts scholars’ statements. My second choice would be Zhu Xiao Mei, whose Buddhist-like rendition fits my Chinese heritage; and finally my third would be Murray Perahia because he is at the crossroads as a refined pianist and also a scholar. I am not expert in the harpsichord, but I like many of the most famous harpsichordists in the Goldbergs, such as Leonhardt, Staier, Ross, Hantaï, and many others…


What prompted you to create a new edition of the Goldberg Variations?

I am always driven by intuition, more than by intellectual decisions. I didn’t wake up one day and said to myself: look, it is time to do that! During the few last years, I was kept very busy supporting my son’s high-profile musical education as a gifted violinist. Once he abandoned his dream of becoming a professional violinist, I could devote more time and energy to my own career as a piano teacher, and also to pursue what I felt would be useful to others as a music researcher. I knew for a long time that the Goldberg Variations were waiting for me, at least as a pianist. Once I started to study them seriously, I felt strongly that I needed to share my work with others. From that point onwards, I took this job very seriously.

What were the special challenges in creating this new edition?

There were so many, you can’t believe! Over a period of 10 months, I spent some 1,500 hours on this project. Researches made through reading books or listening to interpreters (see above) went smoothly, and I didn’t encounter any insurmountable issues when learning the score – first at a very slow tempo, then increasing the speed, step by step, up to the norm, at least for me. Furthermore, it is always a tremendous joy to play this music on my concert piano. My research on a proper fingering scheme, which would suit as many pianists as possible, was a very hard job, along with phrasing, but an enjoyable one. There was no reason to complain, despite it being time-consuming work!

Problems started when I needed to find a cheap but reliable music typesetter because I wanted to typeset the score from scratch, without breaching any copyright law, and because scores are already available for free on the internet. I did a lot of research in order to offer a clear and beautiful layout whilst finding a new way to write accidental alterations, not being fully happy with those in Urtext editions. Fortunately, in the quest for perfection, my older son was of tremendous help to me, and without his dedication, the project would have simply failed!

Today, I am happy with the outcome and I’m proud of the hard copy version, though the related website still requires many updates which I can’t do myself. Last but not least, I also encountered a lot of problems in including my commentaries, one per variation, and not forgetting an in-depth introduction, initially written by myself in French and translated into English. I struggled for more than six months before finding the right people ready to commit themselves. Finally, the translation is complete, and it was a team effort involving several people at several stages, including myself, so hard was the job.

What do you hope pianists, teachers and students will gain from your new edition?

Pierre Tran, a pianist and teacher for the last 40 years, comes from an industrial family of Chinese origin, which relocated to Madagascar. Following secondary school in Paris, his university studies led to a degree in Architecture which he obtained in 1981. It is to his aunt that he owes his passion for music and also the desire to teach, she herself was a school teacher in China after a career as a business woman.

In 1979 he met his piano master, Thibaut Sanrame (192-2001) who was a disciple of Scaramuzza. Thanks to this professor, for the next 10 years, he developed an artistic and scientific approach which he applies to music in order to reveal its secrets. Owing to this experience he began teaching piano at a young age.

For many years he founded his search for musical beauty on the principles of Scaramuzza’s school, following the genius of the creator.

His personal journey led him to India for 10 years where his conception of music took on a spiritual dimension.

Since his return to Europe, via France and the UK, Pierre has run a piano learning centre, a laboratory of research. His students come from over the world to benefit from the methods which he loves to share. His knowledge is multidisciplinary, and always founded on a synthetic vision. This includes piano construction and tuning, as he is interested in the relationship between the artist and technician.